Over the past week, The Game Awards and Ubisoft have been busy hyping up the reveal of the next title in the Far Cry franchise.  Of course – as is the case with such highly anticipated games – there was a bit in the way of leaks cluing people in to what the focus of the game might be. 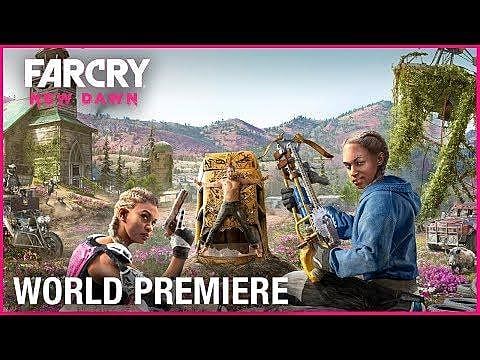 Well, now we know for sure.

New Dawn in a standalone sequel to Far Cry 5. It takes place in Hope County, Montana, 17 years after a planet-wide nuclear apocalypse. Interestingly, the game doesn’t appear to take on the dark and gritty look and tone that most people associate with the apocalypse.

The trailer features two tough-as-nails ladies that seem to be right at home in their new world. They also appear to be people you probably don’t want to mess with.

Aside from giving viewers and over-all feel for the upcoming game, the trailer did offer one other bit of information. Players can expect to play Far Cry: New Dawn in February 2019.