You don’t necessarily have to wait until next year to try out the new Destiny-esque action game from BioWare, Anthem. EA has announced an upcoming closed alpha, and sign-ups for it are now live ahead of the test kicking off next week. 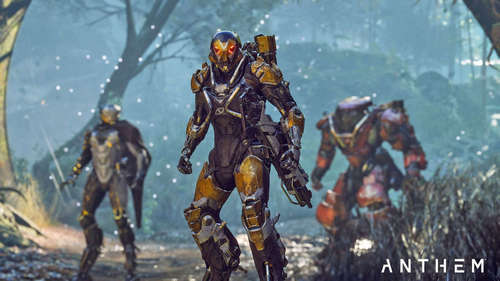 As outlined on EA’s website, the test will be quite brief-it’ll run from December 8-9, though it’ll be available on all three of the game’s platforms: PS4, Xbox One, and PC. The test will not be available for the entirety of the two days, as there will instead by «multiple sessions» spread across the weekend.

In terms of the alpha’s purpose, EA explains, «It’s an opportunity for you to check out Anthem but we’ll also be adjusting things like matchmaking and server load on the fly. These Community Playtests are more limited than what we want to share in the pre-launch demos. All of these factors combined mean that we’re making access to our Playtests limited, which is where the ‘closed’ part of the name comes from.»

Sign-ups are now live, and you can register your interest here. You aren’t guaranteed access just by signing up, and you’ll need a PlayStation Plus or Xbox Live Gold membership on PS4 and Xbox One, respectively. When registering your interest, you’ll need to pick the specific platforms and time windows you’re hoping to participate in.

Participants will be bound by a non-disclosure agreement. That means, barring any leaks, you shouldn’t expect to see players sharing any thoughts, screenshots, or videos from the alpha test.

If you don’t get in, this won’t mark your only chance to try the game before launch. EA and BioWare have plans to offer an Anthem demo next year, and EA/Origin Access members will presumably get their usual limited early access to the game as well. Its full release is set for February 22.

Outside of Anthem, BioWare is at work on the future of Mass Effect. It also just recently teased that Dragon Age news is coming very soon.

Fortnite Gnome Location Guide: Here’s Where To Find Them