While the Dark Souls series may have come to an end with the release of Dark Souls 3, fans are continuing to keep the kingdom of Lordran alive with community-run events and mods. Recently, yet another of these fan-made offerings has been made available, and it looks to be one of the most ambitious yet.

Dark Souls: Daughters of Ash is a new mod for Dark Souls: Prepare to Die Edition on PC that offers a «re-imagined and massively expanded» experience. Specifically, this mod, created by Reddit user Grimrukh, takes the original Dark Souls and adds an «enormous» amount of new content.

This content includes new pathways through the game’s world, which are filled with new secrets and NPCs to discover. These NPCs offer entirely new quests, which intersect as players make their way through Dark Souls: Daughters of Ash, and new events will expand upon the established lore.

Furthermore, Grimrukh has added weapons with new abilities, and players will find that most of the preexisting equipment has been altered in some way. It also brings new enemies, including some that have been culled from cut content, and bosses to Dark Souls. 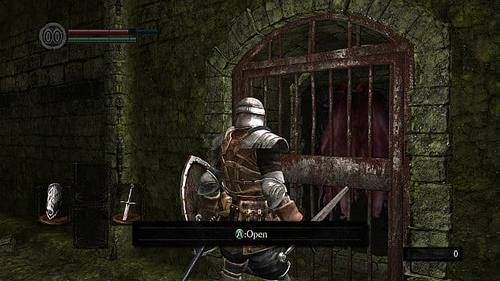 Indeed Dark Souls: Daughters of Ash sounds like quite an extravagant overhaul, and, amazingly, Grimrukh has been the sole programmer working on it. In a Reddit post, Grimrukh notes that over 1,000 hours were spent on the mod throughout 2017 and 2018, including hundreds of hours of playtesting.

While this effort has led to «more content than the original game,» Grimrukh notes that the mod is not filled with brand new assets. That is, players will be able to interact with a myriad of elements that are functionally new, but the art of these elements are taken from the original Dark Souls release.

Furthermore, Dark Souls: Daughters of Ash does not support multiplayer, and Grimrukh recommends playing the mod offline in order to avoid game-breaking invasions. As expected from a mod of this scale, especially one built by a single person, players also may encounter bugs on their journeys through Lordran.

Despite these few shortcomings, it is hard to deny that Dark Souls: Daughters of Ash is an impressive undertaking. While some players seem to be having problems with the mod’s approach to weapon durability, which has them breaking much more quickly, many will simply be happy to have a seemingly new Dark Souls experience to enjoy.

More details on Dark Souls: Daughters of Ash can be found on Reddit.