Fortnite Season 7 begins today and Epic Games has taken servers for the game offline in order to roll out the new content and changes that are part of it. For those eager to see what’s new, the company has published the patch notes, detailing what Season 7 offers. As with previous new seasons, this is a substantial patch that also initiates a major new event. This time around, an iceberg collides with the Fortnite Island, which changes areas to give them an icy new look.

«Discover new areas such as Frosty Flights, Polar Peak, and more,» Epic says in the patch notes. «Uncover what’s in the new Battle Pass, rule the skies with the new X-4 Stormwing plane, and change the style of some of your favorite weapons and items with Wraps in Battle Royale.»

The arrival of a new season also means a new Battle Pass is available. It features over 100 new cosmetic items for players to unlock. Epic has introduced a new cosmetic type for Season 7 called Wraps, which «allow you to customize your weapons and vehicles with all new looks to match and complement your favorite outfits.»

One of the big new modes coming to Fortnite alongside Season 7 is Creative, a sandbox experience that empowers players to craft their own unique Fortnite experiences either alone or with friends on their very own island. «It’s a brand new way to experience the world of Fortnite,» Epic said about the mode. «Design games, race around the island, battle your friends in new ways and build your dream Fortnite. It’s all happening on your own private island where everything you make is saved.» Take a look at the full patch notes for Fortnite: Battle Royale and Creative below. You can head to the game’s official website to see what’s new with Save The World. 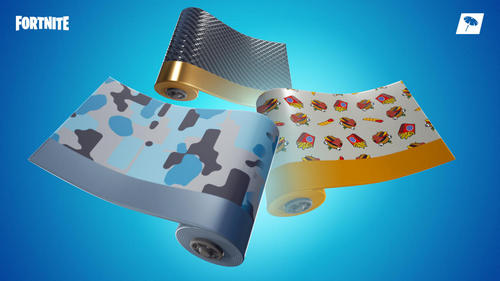