The FIFA franchise has been among the top video game series for soccer fans since its inception back in 1993. With its latest instalment, FIFA 19, the behemoth of sports entertainment shows no sign of slowing down. Having just released in late September for nearly every gaming console under the sun, you might be wondering if the price will go down at all for Black Friday. You can wonder no more: FIFA 19 is on sale right now.

While the game normally retails for $60, it’s being discounted by 50% at a number of stores. Best Buy, PlayStation Store, Target, and Walmart have the Xbox One and PS4 versions of FIFA 19 on sale for $30. Meanwhile, Nintendo Switch owners can pick up this game of footy for $30 at Best Buy or $35 at Walmart. 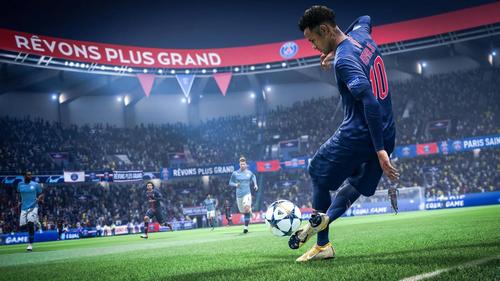 FIFA 19 released on September 28 and received a 7/10 from GameSpot. «With new Kick Off modes and some welcome on-pitch enhancements, as well as the ever-engaging Ultimate Team and now the Champions League license, FIFA 19 is the most complete football video game package available,» Oscar Dayus wrote in his FIFA 19 review.

«However, the lack of progress in Career Mode and Pro Clubs is sorely inadequate. Thankfully, The Journey’s continued entertainment, FUT’s long-lasting nature, and some inventive new Kick Off modes mean I’ll likely still be playing FIFA 19 by the time next year’s game rolls around.»