You know how, when playing any of the 3D Fallout games, the camera will sometimes kick out during combat for a slow-motion cinematic view of a killshot? Count that as one of the many reasons why Obsidian’s new game, The Outer Worlds, looks a lot like Bethesda’s now contentious post-apocalyptic series. It’s a sporadic and superficial detail, but if you’re familiar with Fallout it’s an unmistakable flourish that will immediately catch your eye and cause memories of exploring irradiated wastelands to come rushing back-especially when you catch a glimpse of the attacker’s deadpan expression.
This example is merely scratching the surface. Fallout was in the air during a recent visit to Obsidian Entertainment before the announcement at The Game Awards; many of the people we met had worked on the early games in the series, and the gameplay we saw of The Outer Worlds led from one familiar moment to the next. Obsidian isn’t making a game that lives under the Fallout banner, but if you look at branding as a formality, you could say Obsidian is making the most informal Fallout game to date.

At the front of the room presenting the game, Fallout co-creators Tim Cain and Leonard Boyarsky were poised, seemingly confident in what they were about to show the group. This was their first game together since their studio, Troika Games (Arcanum, Vampire: The Masquerade – Bloodlines), shut down in 2005. Leonard had gone on to Blizzard to work on Diablo III; Cain spent some time at Carbine Studios before landing at Obsidian in 2011 as senior programmer on Pillars of Eternity. The duo were instrumental to the creation of the first two Fallout games before the ailing Interplay Entertainment licensed the rights for Fallout 3 to Bethesda. At the time Cain had already formulated a piece of what he wanted the next sequel to be, and he’s quoted in 2002 as saying: «My idea is to explore more of the world and more of the ethics of a post-nuclear world, not to make a better plasma gun.» Is this the chance he’s been waiting for? 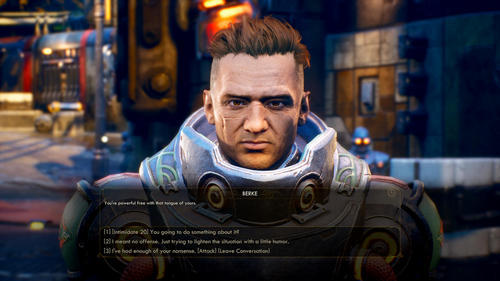 The Outer Worlds is set in a distant solar system where corporations are king, so much so that people practically define themselves by the brand they represent-it’s just a fact of life for them. Because it’s second nature, the overall tone is more casual than sinister, which is the perfect canvas for Obsidian’s brand of subtle humor to seep through.

Neither Cain nor Boyarsky would say why the colonists in The Outer Worlds left Earth, but with their previous games in mind it’s not difficult to imagine a plausible scenario. Regardless, the jumping off point was suspiciously familiar. At the start of the game, you are woken up from a multi-year slumber in a human-sized capsule-your own personal vault, if you will. The crazed scientist who jolted you out of hypersleep has a mission for you, but we were told you could freely ignore his wishes and embark on a questline of your choosing.

The Outer Worlds is being designed around freedom of choice, which often manifests during verbal exchanges. You have free agency to lie, play dumb, betray allies, or align with would-be enemies. These concepts aren’t limited to Fallout games, but it’s-again-hard to deny the similarities at play when even the amount of camera zoom during dialogue brings Fallout 3 to mind.

Whether The Outer Worlds is intentionally built to remind us of Fallout is a question we’ll likely never get answered by Obsidian, but odds are it’s not a coincidence. Obsidian’s work on Fallout: New Vegas is cited by many fans to be the best thing to happen to the series in recent years. You could argue that any similarities between The Outer Worlds and Fallout are due to the fact that there are so many ex-Fallout devs working on the game, but there are elements that go beyond mere creative tendencies. 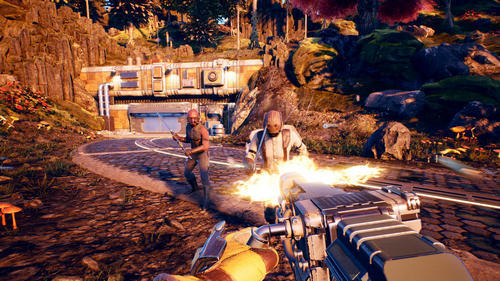 You dictate your characters’ growth by investing in a stat system with categories dictated by a six-letter acronym, not unlike Fallout’s S.P.E.C.I.A.L. system. Despite these and the many other similarities, The Outer Worlds isn’t devoid of originality. Cain smirked before saying that he couldn’t tell us what the stat acronym in The Outer Worlds is, but he was amped to share the other side of character customization, which sounds like it will usher in a brand-new form of player choice.

The Outer Worlds, we’re told, keeps track of your interactions, mistakes, and tendencies. When the background computations identify that you’ve experienced a specific event repeatedly, it will give you a chance to incorporate that experience into your character’s mental state. If, for example, you are attacked five times by a specific type of wild animal, the game will ask you if you’d like to accept a phobia of said creature. This opportunity is two-fold: accepting the phobia will result in a debuff of specific stats when you come near that species in the future, but by accepting it, you will get the chance to pick up an extra advantage too.

«If people have liked our previous RPGs they’re going to like this one in terms of how we make reactive worlds and especially our style of humor.»

In the example we saw, signing up for a fear of Raptidons afforded you an extra perk. While it was confirmed that you will be able to respec your character at any time, flaws are permanent. You could decide to take on a fear of the dark, fear of ledges, and a fear of fire, and wind up in an unexpectedly sticky situation further down the road. It’s the sort of thing you want to think twice about before making a call, but the potential for personal playthroughs feeds into the role-playing experience and may be difficult to ignore.

Thankfully, your companions are able to support you when the going gets tough. It looks as though you’ll have half a dozen companions to choose from during your adventures, but you are only allowed to explore and fight with two by your side at any time. Party members relieved of duty will reside on your spaceship, which acts like more of a small base of operations, rather than a vehicle you can actually control-it moves on fixed paths when you pick your next destination. Also on board is Ada, the ship’s AI represented by a female avatar on a monitor in the control room. Ada is supposed to grow and change depending on your actions, though we didn’t get a look at this firsthand.

Back on terra firma, your companions will fight according to their AI and the class you’ve assigned to them. Each character in your party can carry a small selection of both melee and ranged weaponry, of which we’re told there’s a great variety to discover during your adventures. If there’s one aspect of The Outer Worlds that looks a bit underwhelming, it’s combat. Enemies and allies alike lack energy, exhibiting basic and straightforward animations. I got the sense that victory has more to do with how you craft your party rather than how you handle them during a fight. 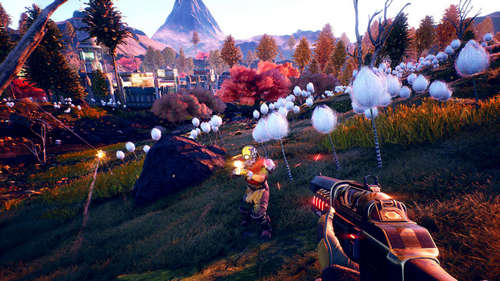 While Fallout’s V.A.T.S. system isn’t replicated in an immediate and obvious fashion like other aspects of The Outer Worlds, there is a time-dilation mechanic that serves a similar purpose. Triggering this ability slows down time and lets you target specific body parts. Whether to maintain a stealthy run or slow down a hectic fight in order to gain an advantage, this system still feels like it serves a similar purpose to V.A.T.S. in the long run-just without the damage and success percentages guiding your aim.

Cain told us that he writes a post-mortem on every Fallout game, including those he had no part in. He also posited that «If people have liked our previous RPGs they’re going to like this one in terms of how we make reactive worlds and especially our style of humor.» After watching nearly 45 minutes of The Outer Worlds play out in front of me, I recognized both the ideals of Cain and Boyarsky and the habits of Obsidian on screen.

Regardless of what The Outer Worlds is called, the pedigree behind it and the apparent results of the team’s vision feels like it’s aimed squarely at the Fallout fanbase. Obsidian never could have predicted Fallout 76 nor the reaction to it, but for this game to arrive at this time feels like serendipity. Cain and Boyarsky never got their chance to make their version of Fallout 3, but more than a decade after they left their most famous work behind, they have reunited for their «dream project.» For the disenchanted fans of older Fallout games, they may finally get the game they’ve been asking for all along. 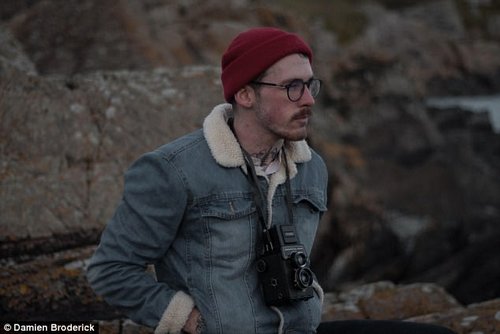