The Elder Scrolls Blades has been delayed. The first mobile installment in Bethesda’s long-running RPG series was originally slated to hit iOS and Android devices sometime this fall, but according to the series’ official Twitter account, it will now arrive in early 2019. 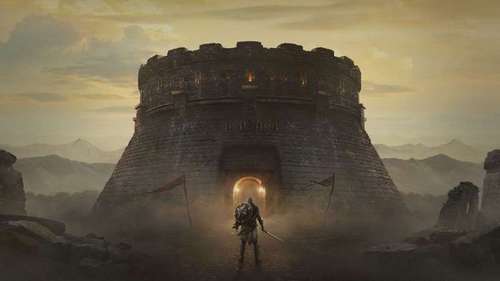 Bethesda hasn’t shared any further details on the game’s new release window, nor did it provide a reason for the delay. However, the company says that players are still able to pre-register for The Elder Scrolls Blades on its website. Doing this will grant you early access to the game ahead of its launch, although we likewise don’t yet know when this early access period will begin.

First announced during Bethesda’s E3 2018 presentation, The Elder Scrolls Blades is billed as a «pure Elder Scrolls game» with «console-quality graphics.» Unlike recent console installments such as Skyrim, Blades doesn’t feature an open world-although Bethesda says one could be added down the line. The game contains PvP and town-building elements, as well as the same kind of combat as previous Elder Scrolls games.

Blades was also one of the games showcased during Apple’s 2018 keynote address back in September. During the presentation, Bethesda’s Todd Howard took the stage to demonstrate how the game will run on the new iPhone XS. Howard also noted the advantages the XS’s OLED screen and other hardware improvements offer.

Blades will be free to download and play when it launches for iOS and Android. It also isn’t the only Elder Scrolls project Bethesda is currently working on; the company also announced the next proper installment in the series, The Elder Scrolls VI, is in development, although that might not launch until the next generation of consoles.