EA has revealed additional details for both of the demos for Anthem, the upcoming multiplayer RPG developed by BioWare. You’ll need to fulfill certain requirements to be a part of the first demo, but the second is open for all players. 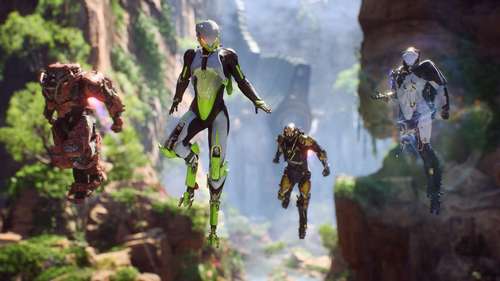 Anthem’s VIP demo goes from January 25-27, 2019. In order to participate in it, you’ll need to pre-order Anthem or be a subscriber of either EA Access or Origin Access. If you play in Anthem’s VIP demo, you’ll unlock an exclusive item in the game when it officially launches. The normal Anthem demo occurs the following week from February 1-3. You don’t need to do anything to participate in this demo other than download it.

Speaking to GameSpot, Anthem’s lead producer wanted to clarify that these demos are not betas for the game. If you play the demo, you won’t be starting from the game’s beginning, but instead go through a portion of the middle of the campaign. Progress made in the demo will not carry over to the rest of the game when it launches either.

If you do want to get a head start on Anthem, you’ll have to subscribe to either EA Access or Origin Access. Both services allow you to start playing the game on February 15, a full week before it launches for everyone else.

Looking beyond Anthem, BioWare has teased that it is already working on the future of Mass Effect. A new trailer for the next chapter of Dragon Age was also revealed at 2018’s Game Awards. However, details on both projects are still scarce.