With Google and Microsoft both currently pursuing game streaming services, an opportunity for players to access games whenever they want, on whatever device they want, appears to be arising. Seemingly, this opportunity may be bolstered even further, as recent reports suggest that Amazon is also throwing its hat into the ring of streamable gaming.

As indicated by The Information, «two people briefed on the plans» have confirmed that Amazon is currently developing a service that would let players stream games over the internet. Not only would this service make it easier for fans to access titles, these streaming games would be playable on an array of devices, including tablets and smartphones.

Furthermore, the report indicates that Amazon is already working with publishers and developers, looking for games that could be made available through its service. However, players should not expect these games to be made available immediately, as one of The Information’s sources indicates that Amazon’s platform will release in 2020 at the earliest. 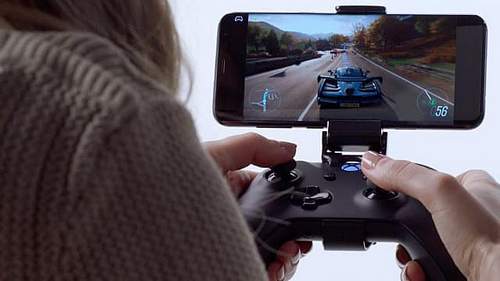 According to reports, the Verge has also done some follow up research on The Information’s claims, and two job postings from Amazon may act as corroboration. Specifically, Amazon is the process of searching for engineers in Seattle and California to work on «Cloud Games.»

A third posting has also been noted, which may have ties to the new streaming service. This posting is for a Lead Cross Platform Game Engineer, and it indicates that the position is an opportunity to «shape the foundation of an unannounced AAA games business.»

Without official confirmation from Amazon, these reports should still be considered speculative, but the company certainly has the infrastructure in place to pursue such a service. That is, offering streamable games will undoubtedly require a powerful foundation of servers, something that Amazon has in spades.

If game streaming is to supplant physical copies or digital downloads, the experience is going to need match what is being offered by traditional consoles and PCs. The scale of a service’s infrastructure is certain to play a critical role in offering such an experience, and, as a result, Amazon’s offering could be serious competition to Google’s Project Stream and Microsoft’s xCloud.

More details can be found on The Information and The Verge.