2018 was a big year for streamer Ninja, whose real name is Tyler Blevins. While he was already an established name in the gaming world having competed as a professional Halo player for years, Ninja entered a new stratosphere of success in 2018 following his record-breaking Fortnite stream with rapper Drake. 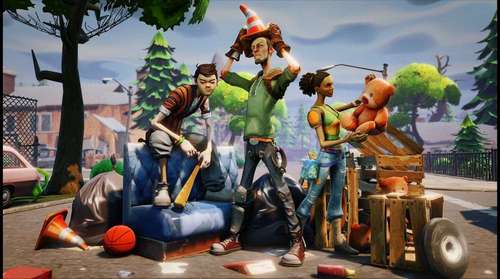 He’s ridden that wave and prospered financially. He told CNN in an interview that he made nearly $10 million in 2018. He told the site that 70 percent of his revenue came from Twitch and YouTube, through ads and subscriptions, with the remainder coming from his sponsorship deals with companies like Samsung, Uber Eats, and Red Bull.

The $10 million figure cited in the CNN piece is likely pre-tax, so more than likely he did not take home that much at the end of the day. Still, it’s an eye-watering figure.

In March, Ninja said he was making around $500,000 every month from his various revenue sources.

Ninja told CNN that he spends around 12 hours each day streaming, and in 2018, he estimates he played around 4,000 hours of Fortnite; that’s about 140 days.

He’s enjoyed success among mainstream audiences this year through his appearance on Jimmy Fallon’s late night TV show and as a cover star of ESPN the Magazine.

Ninja said he thinks Fortnite still has lots of room to grow, but in the event that Fortnite loses steam, the streamer is diversifying through efforts like a Ninja-branded clothing line.

2018 wasn’t a blemish-free year for Ninja, as he stirred controversy when he told Polygon that he wouldn’t stream games with women to avoid dating rumours.