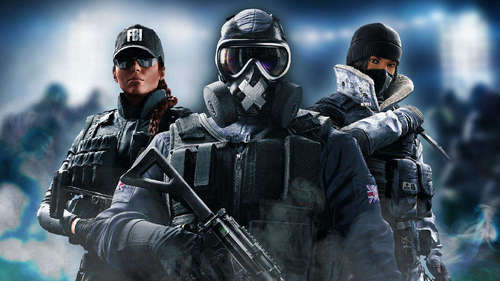 Kaid, a Defender, comes equipped with three deployable electroclaws, which electrify any metallic object within a small radius. That means, if placed correctly, one electroclaw could electrify multiple reinforcements, deployable shields, or razor wires.

Nomad, meanwhile, is an Attacker. Her primary weapons come attached with a device that launches wind-powered proximity mines. When an opponent approaches, the mines blast all enemies back and off their feet. Opposing players are rendered unable to use their weapon for a short duration, and must get back on their feet. The mines can be used defensively to protect your flanks or offensively to flush enemies out.

Operation Wind Bastion includes the two new Operators and the new Fortress map, though Ubisoft has not yet revealed the DLC’s release date. The base game, meanwhile, is currently free for the weekend on PS4, Xbox One, and PC.

Siege’s last major patch, Update Y3S3.2, addressed many of the bugs that previously existed in the game. The update also added balancing changes to both Clash and Maestro, two Operators that Ubisoft felt were underused. Two firearms, the SMG-11 and Vector, were also patched to reduce recoil and improve the weapons’ handling.