Sony refreshes its weekly PSN sale each Tuesday, giving a new batch of games to get the discount treatment for seven days. This week’s discounts are in full swing, so if you have a PS4, PS3, or PS Vita, you’ll probably want to take a look. It doesn’t feature a particularly long list of discounted games, but you might find one you want in there. Here are some of the sale’s highlights. 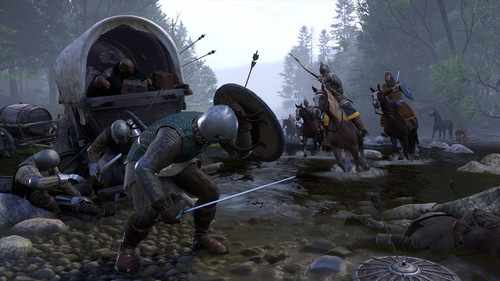 With Metro Exodus coming early next year, now is a great time to get caught up on the apocalyptic shooter series. You can do that for cheap this week, because Metro 2033 Redux and its sequel Metro: Last Light Redux are on sale for $5 each. Or you can save even more money and get both together for $6 with the Metro Redux bundle.

The Dead Island series is on sale this week, as are the Saints Row games. The action-RPG Kingdom Come: Deliverance is down to $39, and the Quanitc Dream Collection, which comes with Heavy Rain, Beyond: Two Souls, and Detroit: Become Human, is discounted to $40.

You’ll find more of our picks below, or you can check out the full list of sale items on the PlayStation Store.