Pokemon Go developer Niantic has announced the first details on the game’s next Community Day, but this one looks to be a little different from previous events. Rather than taking place on a single day, as most Community Days have, the next event runs for an entire weekend and gives players another chance to capture all of the previously featured Pokemon.

The special Community Day weekend kicks off Friday, November 30, at 1 PM PT / 4 PM ET and runs until 11 PM PT on December 2 (2 AM ET on December 3). During this time, Pikachu, Eevee, Dratini, Beldum, and all of the other Pokemon that were featured during a previous Community Day will reappear in greater numbers. Likewise, you’ll have another opportunity to learn the special event-exclusive moves that were available during past Community Days. 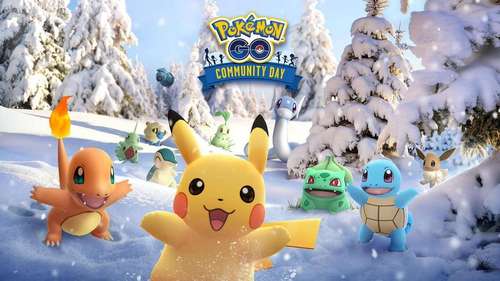 On top of bringing back all of the previous featured Pokemon, Niantic is offering a handful of in-game bonuses during the Community Day weekend. As with a typical event, these will only be available during a three hour window of time, which will vary by region. This time, the bonuses include double the normal amount of XP and Stardust for capturing Pokemon, as well as double Incubator effectiveness. You can see when these will be live in each region below.

Niantic hosted the first Community Day back in January, and since then, the developer has held a new event for the game each month. Unlike other real-world Pokemon Go events, these typically only run for three hours, during which time you can find increased spawns of that month’s featured Pokemon. You can also learn a special event-exclusive move if you meet a certain criteria before the event ends. You can check out our guides for all of the previous Community Day events below for more details on how to get these moves.

In addition to the upcoming Community Day, a new Legendary Pokemon is now available in Go. Cresselia, the Legendary Psychic-type introduced in the Gen 4 games Diamond and Pearl, will appear in Raid Battles until December 18. Niantic also recently rolled out a Special Research questline that revolves around the new Mythical Pokemon Meltan.