Nintendo has revealed the next in-game event for Super Smash Bros. Ultimate. While previous ones have been themed around certain kinds of Spirits, this week’s event will give players a chance to earn some extra bonuses.

The Double XP and SP event kicks off on January 10 at 10 PM PT (1 AM ET / 6 AM GMT on January 11) and runs for the usual three days, concluding at the same time on January 13-14. During the event, you’ll earn twice the normal amount of Spirit experience and Spirit Points when you participate in Spirit Board matches. 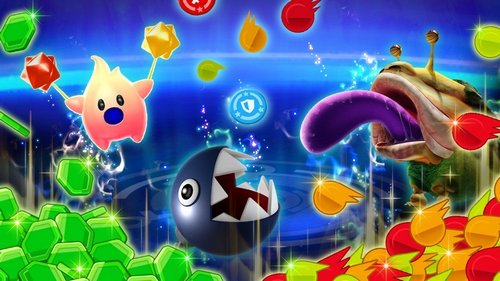 In contrast to the game’s previous events, it doesn’t appear that any particular Spirits will pop up more frequently on the Spirit Board during Double XP and SP, but the event does provide a good opportunity to power up your own Spirits quickly.

Nintendo has been holding in-game events in Super Smash Bros. Ultimate on a weekly basis, though up until now, all of these have revolved around certain kinds of Spirits. Last week’s event featured old-school video game characters such as the Balloon Fighter and Sukapon, while December’s Mario Time event introduced a handful of exclusive Super Mario Party Spirits.

Super Smash Bros. Ultimate launched for Switch on December 7 and has been a big critical and commercial success for Nintendo, quickly becoming the fastest-selling installment in the series’ history. The title was also the best-selling video game on Amazon in 2018 despite launching near the end of the year.

In other Switch news, Nintendo recently announced a release date for Yoshi’s Crafted World. The adorable platformer launches exclusively for the hybrid console on March 29. The company also confirmed this month’s additions to Nintendo Switch Online’s NES library: Blaster Master and Zelda II, which join the service on January 16.