Obsidian Entertainment has announced that The Forgotten Sanctum, the last of Pillars of Eternity 2: Deadfire‘s three-part DLC, is set for release on December 13.

In The Forgotten Sanctum, players will venture to the Black Isle, at the behest of the powerful wizards of Eora, in pursuit of Maura. This archmage is bent on awakening an entity long dormant in the cRPGs newest dungeon, and it appears that this will not be your typical dungeon-crawl.

«Traverse an expansive dungeon built into the flesh of a sleeping god.» the announcement reads, promising «the highest-level challenges yet faced by the Watcher and their companions.» 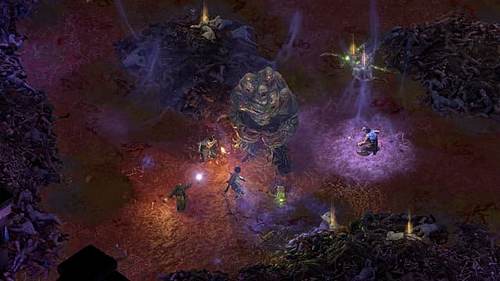 Additionally, new features will coincide with The Forgotten Sanctum‘s release, including an additional sub-class per class, respawning ships on the world map, and new challenges and bosses. For those interested, we have included further details on the update below via the released patch notes.

As with Deadfire‘s previous two expansions (Beast of Winter and Seeker, Slayer, Survivor), The Forgotten Sanctum will be available on Steam for $9.99. All three DLCs can be purchased for $24.99 as part of the Season Pass.

Earlier this month, one of Deadfire‘s investors tweeted figures suggesting that sales were well below Obsidian’s expectations. However, we absolutely love the game here at GameSkinny and cannot wait to dive back in with this final DLC.

It is also worth noting that this may be the last time we see an isometric cRPG quite like this one from Obsidian, as Microsoft has recently announced their acquisition of the studio. We’ll be sure to most thoroughly immerse ourselves in our last new adventure in Deadfire just in case.