There’s never a bad time to be a PC gamer, but right now is a particularly good time for anyone who likes saving money. Not only can you pick up a free copy of Full Throttle Remastered from GOG, but Humble is giving away copies of Lego The Hobbit just for signing up for its newsletter. If you’re already signed up, perhaps from a similar previous promotion, you can just click a button and receive your free copy of Tolkien’s fantasy novel adapted in a way he never could have anticipated. Get your copy here.

The deal is live «while supplies last» between now and December 15 at 10 AM PT / 1 PM ET. After clicking the link, your copy of Lego The Hobbit is delivered in the form of a Steam key you’ll need to redeem by December 20. Just do that, and the game is yours to keep and play forever. 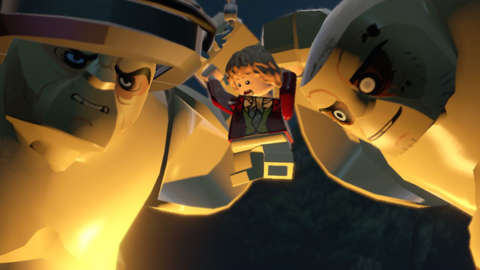 Lego The Hobbit launched in 2014, several months before the final installment of Peter Jackson’s trilogy hit theaters. As such, it only covers the events of the first two films, but that’s plenty of content for a Lego action game.

The game is «immediately charming,» Carolyn Petit wrote in GameSpot’s Lego The Hobbit review. «The title screen shows Bilbo puttering around in his cozy hobbit hole of Bag End, and the wizard Gandalf poking his head in the window… And from these quaint beginnings, Lego The Hobbit whisks you off on a journey across Middle-earth, getting all the visual details right to transport you to the world of Peter Jackson’s films.»

It’s not all good news, though. The game received a score of 5/10, mostly because, «Lego The Hobbit proves that having plenty of variety in terms of objectives and gameplay mechanics doesn’t make much difference if none of those objectives and mechanics are much fun.»

But hey, it’s free. If you want to give it a shot despite what the critics think, grab it before it goes back to full price.