BioWare Edmonton has announced new job postings for an upcoming Dragon Age game, and one of the roles hints the game will include multiplayer. The job is for a franchise technical director, and it’s possibly to work on the Dragon Age title first teased during 2018’s The Game Awards. 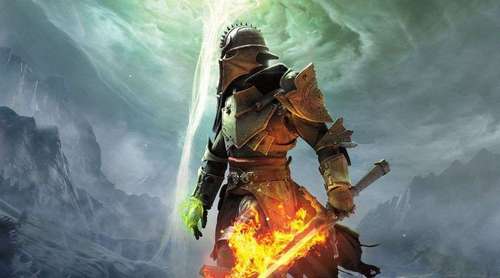 According to the job posting, first noticed and reported on by Gear Nuke, BioWare is looking for someone to be «the most senior engineering lead on the game team and a key member of the Dragon Age franchise leadership.» The franchise technical director will «build and mentor the engineering team, build and execute the game technology plan, and define and direct the development process.» They also need to have «experience developing multiplayer games.»

Dragon Age Inquisition, the third and most recent game in the fantasy role-playing game franchise, is the only title in the series to have multiplayer. In Inquisition, the multiplayer mode has you and up to three others making your way through one of three dungeons that are each filled with increasingly difficult computer-controlled enemies. As you and your team progress, you unlock more powerful weapons and abilities. This progress does not tie back to the main campaign though. Perhaps BioWare is planning to further develop this mode for the next Dragon Age game. However, the developer could just as easily be creating a brand-new mode as well.

BioWare hasn’t released much information on the new Dragon Age, but the studio has been teasing another entry to the beloved franchise in the past few months. Executive producer Mark Darrah has confirmed the new game has been in the works for «quite a while» and that it is being made by «core» Dragon Age veterans who also worked on Jade Empire and Baldur’s Gate. BioWare boss Casey Hudson has also teased more Mass Effect is on the way too.

Just $12 For Yakuza 0, The Division, And Mystery PC Games