One of the biggest companies on the planet, Amazon, looks like it’s extending its reach to yet another sector. The Information reports today that the retail giant is looking to launch its own game-streaming service. Deadline backed up the report with a report of its own that claims the project exists within Amazon right now. 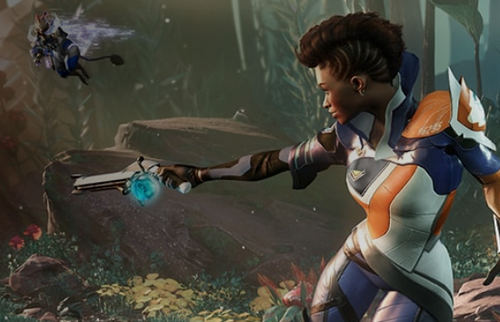 Deadline also reports that Amazon is currently speaking with publishers to distribute their games on the untitled Amazon game-streaming platform. The service could reportedly launch in 2020 at the earliest, though it’s unclear if this is for a beta version of the platform or the full thing.

It appears that streaming could be the next big battleground for game companies. Google already has its Project Cloud game-streaming service that it’s testing with Assassin’s Creed Odyssey (you can see our impressions in the video above), while Microsoft will let you play Halo on a phone with its Xcloud (working title) streaming service, and Electronic Arts has its own streaming technology in the works under its ridiculously ambitious-sounding Project Atlas. Sony has operated in the game-streaming area for a long time already through its PlayStation Now product.

Amazon already does a lot with games, as the retailer is one of the biggest sellers of games in the world, while it also owns the popular video-streaming site Twitch. Amazon also owns Killer Instinct developer Double Helix, while Amazon has its own game studio team called Amazon Game Studios. In August last year, Amazon announced it had hired 2K Games founder Christoph Hartmann to be the new boss of Amazon Game Studios. it hasn’t been all smooth sailing, however, as Amazon Game Studios canceled one of its first games, Breakaway, and a number of high-profile staffers quit.

Amazon Game Studios has a number of games in the works, including a sandbox MMO called New World, the third-persons shooter Crucible, and a game based on Amazon’s Grand Tour series.

Bethesda, the publisher of games like Fallout and Elder Scrolls, is already working with its studios around the world to prepare for a future where streaming is popular and prevalent.

Streaming is an exciting opportunity for games, and it could spell trouble for hardware manufacturers like PlayStation, Xbox, and Nintendo. In a streaming world, games would play off computers in data centers and stream to your computer or mobile device, which in turn would reduce the need to own a console like an Xbox or PlayStation. One potential issue with streaming is that it depends significantly on network availability and speed, which is no guarantee in some places around the world.

Dedicated console platforms are not going anywhere soon, it seems. Microsoft is making multiple new Xbox consoles, and according to a report from Brad Sams, one could be focused on streaming. Additionally, Sony has acknowledged the need for a PlayStation 5. Nintendo, intriguingly, has said it may eventually exit the hardware market.

Andrew Wilson, the CEO of EA, said during a presentation recently that he sees a future where you can play games on any device you want, with streaming/cloud gaming help accelerate that shift. Strauss Zelnick, the CEO of Rockstar Games parent company Take-Two Interactive, has said he believes streaming will help accelerate the industry’s transition away from «closed» systems.

Video game streaming hasn’t been a total success story so far, as you may recall the OnLive service shut down before it ever got much of a foothold. However, given that some of the biggest companies in the world are now investing in game-streaming, it might finally be time for streaming to truly kick off in earnest.