After Marvel Games changed its social handle to «Marvel G4mes,» the company has now further teased a Fantastic Four-related announcement for one of its games. 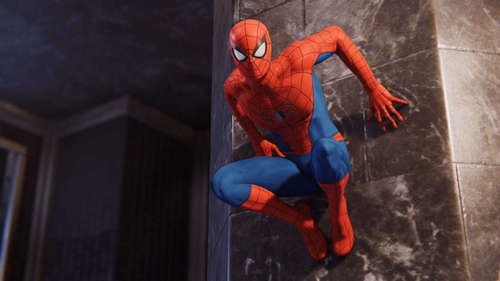 During a livestream today, Marvel boss Ryan Penagos teased that «something fantastic» is coming to Insomniac’s Spider-Man game for PS4. «I can’t tell you anything more right now…but you’ll want to keep an eye out for this. It’s going to be amazing and fantastic,» he said, according to IGN. Developer Insomniac playfully teased the announcement with the eyes emoji, so it looks like an announcement may be coming soon.

So what is this all about? Nothing is certain at this stage, but one possibility is that Insomniac is adding a new suit to Spider-Man on PS4. Spider-Man was a member of the Fantastic Four, sort of, as part of the spin-off group Future Foundation.

Some of the previously released Spider-Man PS4 DLC outfits have included the Spider-Clan outfit from Marvel’s Mangaverse, Spider-UK from Edge of Spider-Verse, and his look from the Sam Raimi movies.

In other Spider-Man PS4 news, Sony just recently announced that the game reached 9 million in sales as of November 25.

We’ll report back with more details on the new Spider-Man PS4 Fantastic Four news as soon as it’s announced. What are you hoping to see? Let us know in the comments below!

Fallout 76 Patch Has More Than 150 Fixes, And It’s Coming Sooner Than Expected