The first Gen 4 Legendary to debut in Pokemon Go, Giratina, may no longer be available in the game, but another rare Pokemon from the Sinnoh region has now taken its place. Cresselia, a Psychic-type Legendary first introduced in Pokemon Diamond and Pearl, has begun appearing in Raid Battles around the world, giving players a limited time to capture one. 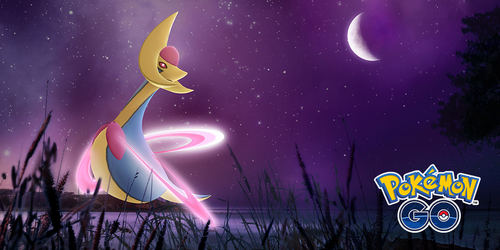 As usual, in order to catch Cresselia, you’ll first need to team up with other players in real life and head to a Gym where a Cresselia Raid is taking place. Once there, you’ll be able to challenge the Legendary Pokemon to a battle; if you manage to successfully defeat it, you’ll earn a handful of Premier Balls and a chance to capture it.

Cresselia will appear as a Raid Battle until December 18, giving you nearly a month to add one to your collection. As mentioned above, it is a pure Psychic-type, making it susceptible to Dark, Bug, and Ghost Pokemon. Tyranitar, Scizor, and Giratina are particularly useful, but you’ll need to bring along a powerful team to bring Cresselia down thanks to its high HP and defense stats.

Cresselia isn’t the only new Gen 4 Pokemon to arrive in Go recently; earlier this month, Niantic introduced a handful of Gen 4 evolutions to the game. Players can now get Electivire, Magmortar, Rhyperior, Porygon-Z, and other evolved Pokemon in Go. To do so, you’ll need a new evolutionary item called the Sinnoh Stone, as well as the requisite amount of Candy.

The Gen 4 evolutions arrived alongside the Hatchathon event. That concluded on November 27 and gave players a chance to hatch Pokemon that have evolved forms that originated in the series’ Gen 4 titles, such as Rhydon, Porygon, and Magby, from 2 km Eggs. Players also had a chance of hatching a rare shiny Elekid during the event.

Meanwhile, Pokemon Go’s next Community Day is set to begin this Friday, November 30. Unlike previous events, this one is scheduled to run all weekend long and will bring back all of the featured Pokemon and special moves from previous Community Days.

The latest pair of Pokemon games, Let’s Go Pikachu and Let’s Go Eevee, recently launched for Nintendo Switch. By connecting Pokemon Go to the titles, you’ll have a chance to catch the new Mythical Pokemon Meltan. Even if you don’t have either of the Let’s Go titles, you’ll still be able to encounter Meltan by completing a new Special Research quest.