The perpetually doomed Sean Bean has shown up in Hitman 2, and it’s your job to wipe him out again. Bean appears as the game’s first Elusive Target, a man named Mark Faba who has earned the reputation as impossible to kill. He’s even earned the nickname «The Undying» for the number of times he’s escaped assassination by faking his own death. 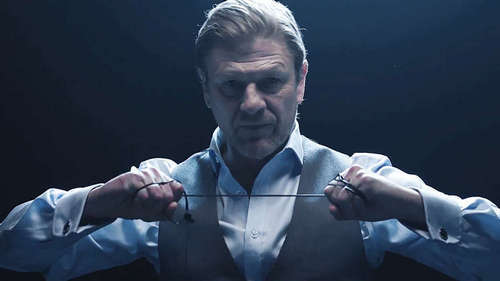 The mission takes you to Miami, where Faba is trying to complete his own assassination contract at the Global Innovation Race. You’ll have 14 days to complete the free mission, but you only get one shot and you can’t save your game. If you complete the challenge you’ll get the Explosive Pen weapon added to your inventory. But if Faba escapes or if you die or fail the mission in any way, you’ll have lost your only chance.

A new trailer released alongside the Elusive Target mission highlights some of the ways you can pick off the target. You could use a sniper rifle from across the racetrack, or you could get a little more up close and personal: rig the room to explode, or even pierce his eye with a pen a la the Joker in The Dark Knight. As the trailer notes, many more opportunities will present themselves in the mission as well.

Choosing Sean Bean for the game’s first Elusive Target is a bit of a meta-gag on the part of the developers. The character actor has become known for playing characters who die, so making him a slippery target who constantly fakes his own death matches. In the first game, actor Gary Busey had a guest role as an Elusive Target.

«Hitman is about experiencing the anticipation of seeing whether a plan will work when you try it for the first time,» critic Edmond Tran said in GameSpot’s Hitman 2 review. «It’s about feeling the tension of briskly walking away from a bad situation, hoping you can lose the suspicious guards. It’s the satisfaction of knowing the machinations of a level so well that when a target moves into a particular place at a particular time, you have the perfect way to intervene. Hitman 2 is a familiar experience, but in the Hitman world, familiarity is an incredible strength.»