Analogue has just announced a collaboration with Ghostly International, a music and fashion label with a logo that may look familiar to fans of Pac-Man. Available today, Analogue is selling a limited run of 1,000 bright white Super Nt consoles, bundled with a matching controller and receiver, for $250. The Ghostly Edition also features a new boot animation from Phil Fish, with a rotating assortment of accompanying sound effects produced by musicians on the Ghostly label.
The Super Nt is an FPGA-based Super Nintendo clone from Analogue that is the best third-party solution money can buy. It supports games from all regions, and most important of all, it’s designed to play nicely on modern displays without the usual blurry image stretching or input delay found in cheaper products. You can check out our full impressions of the Super Nt in our review. 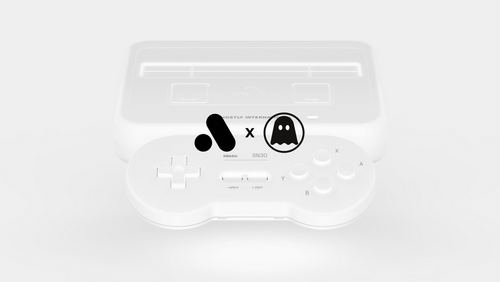 Analogue usually charges $190 for the standard Super Nt color schemes, but the $250 price point for the Ghostly International version isn’t as outrageous of a markup as it sounds: the included wireless controller and receiver are usually sold separately for $40. In the end, the price of exclusivity tops out at an extra $20. It’s worth noting that Analogue doesn’t ship for free; UPS ground shipping in the in the US will cost an additional fee of roughly $20, depending on the destination.

Also on the way, coming in April 2019, Analogue will release the previously announced Mega Sg, an FPGA-based 8- and 16-bit Sega console. It’s also priced at $190 plus shipping, and is currently available for pre-order in four different color schemes.