Ubisoft has announced the next update for Ghost Recon Wildlands, titled Special Operations 3. The update launches on all platforms on December 11 and mostly introduces new PvP features. 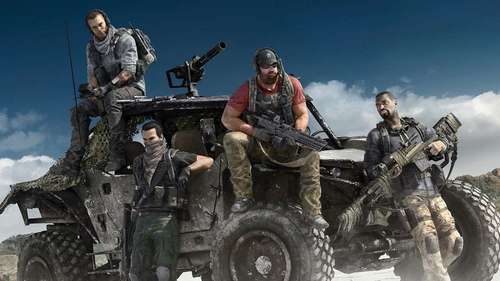 Special Operations 3 includes a new PvE mission and in-game rewards, including two PvP classes inspired by the theme of the update’s mission. Ubisoft has not announced what the theme of this mission might be, but previous ones have included characters from other Tom Clancy games like Rainbow Six Siege and Splinter Cell. The update also adds two new PvP multiplayer maps.

A new Photo Mode is also included in Special Operations 3. The mode will allow players to capture any in-game moment, as well as edit pictures with effects and filters. Special Operations 3 also implements community feedback into Wildlands’ in-game store. Over 90 new items will be added, and changes will be made to the game’s Prestige Economy. Ubisoft has announced it will release more information on what those changes might be «soon.»

In our Ghost Recon Wildlands review, Miguel Concepcion gave the game a 7/10, writing, «As only the second open world game in the Clancyverse, Ghost Recon: Wildlands is a middlingly safe tactical shooter and a slightly wasted opportunity given the ambitious scope of its seemingly boundless map. While its main strength is its mission diversity, it doesn’t take long to lose the motivation after reaching El Sueno’s doorstep. Even with a foursome of highly trained friends, Wildlands eventually reveals its diminishing returns. The feeling of positive immediacy and dopamine hits begin to wane sooner than you expected from a game with such a large and diverse world.»

Ghost Recon Wildlands is available for Xbox One, PS4, and PC.