Xbox One might not have had a perfect year in 2018 in terms of sheer exclusives, but that doesn’t mean some great games haven’t launched for the console in the last 12 months. Even ones that haven’t made our list of the five best Xbox One games in 2018-which we’ll get to in a moment-have offered some excellent experiences. 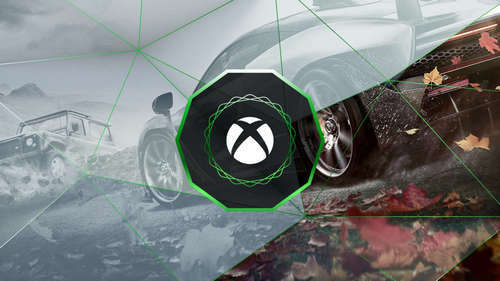 Sea of Thieves, for example, gave us a great excuse to dig out our fancy dress eye patches back in March and has expanded since then, while PUBG’s battle royale mayhem finally left early access this year. In addition, Xbox One enjoyed a great year on the subscription services front, with Game Pass now including every first-party Xbox One exclusive on day one at no extra cost, and EA Access continuing to be a console exclusive. And that’s before you mention Microsoft managing to secure ports of some of Sony’s 2017 exclusives, such as Hellblade: Senua’s Sacrifice and Nier: Automata.

But enough of all that. You’ve come here for one thing, and one thing only. Well, maybe five things. Either way, in no particular order, here are the five best Xbox One games from 2018. For more on the best games to launch this year, check out our takes on the best PS4 games and best Switch games of 2018.

Rockstar’s spaghetti western series returned this year with a prequel focusing on a different antagonist to 2010’s Red Dead Redemption. Throughout the game’s emotional 50-plus hour story, the audience-as Arthur Morgan-experience almost every emotion in the book.

Red Dead Redemption 2’s Old West is possibly the greatest game world developer Rockstar has ever created: varied weather patterns, wildlife, activities, and human personalities make this a region that really does feel alive. Even within that, the tiny details-such as real-time facial hair growth and horse bowel movements-are astonishing.

More than anything else, Red Dead Redemption 2 is about amazing relationships. Throughout its campaign you form meaningful bonds with friends, enemies, and even that aforementioned horse. Yee-haw, cowboy.

This surprising indie game is a prime example of the phrase «more than the sum of its parts.» At first, the mishmash of influences and homages seem to contradict one another. It’s a Metroidvania game-a genre known for its character progression-but this is also a roguelike, meaning it’s built specifically around dying and resetting from near-zero. Though Dead Cells does have a handful of permanent abilities tucked away in obscure corners, for the most part you’re no more powerful on your 20th run than your first. What truly makes the difference is how you shape the game’s economy and weapon selection organically as you progress through each run.

Purchasing a new weapon or secondary gadget from the vendor will also add it to the pool of items you can find in the world during a run. By steering your choices toward the weapons that fit your playstyle, you can increase the chances of finding the right set to progress further than you have before. It’s this constant push and pull on the game’s economy that creates a meta-strategy running throughout the experience. Do you reserve your hard-earned cash for only a handful of weapons to increase their odds, or do you collect everything you can in an effort to find what works? Over time Dead Cells becomes an experience of tinkering with the game’s systems, and then fine-tuning the smaller variables nested inside it, with each passing run.

Hitman 2 also gets rid of the controversial episodic release structure its predecessor launched with. Some fans criticized the release schedule, as it forced them to wait for more levels and environments to become available. This sequel therefore launches complete from day one, though more environments, missions, and limited-time events are in the pipeline as both free updates and paid DLC. Sign us up.

Monster Hunter World launched way back in January, yet it still stands out as one of Xbox One’s best experiences this year. With this latest entry in the long-running series, developer Capcom successfully made the game more accessible for new players while keeping its heart and soul intact. Unlike the hearts and souls of the impressive monsters you track down, of course. Once you do track those creatures down, killing them has never been this fun, either, thanks to World’s mechanical improvements making its combat a pleasure to engage in.

A blast to play both alone and with friends, World is the most refined game in the franchise-and quite possibly the best one, too.

Forza has never looked so gray. Or so snowy. Or so sunny. Or so… leafy? With Horizon 4, Forza fans get to experience what 60 million Brits have known all their life: you can never predict England’s weather.

Fortunately, that makes for an entertainingly diverse racing game, with each of Horizon 4’s four seasons presenting different gameplay challenges and changing-but always beautiful-visuals. Playground’s condensed version of the British countryside is a joy to explore, constantly offering up new challenges and different race types, as well as public events to take advantage of its multiplayer portions. You can also choose which contests to focus on-goodbye, time trials; hello, hovercraft races!-meaning the world really is your oyster. Top show, old chap!

Fortnite Gnome Location Guide: Here’s Where To Find Them