It looks like the new Alien game announced in January might now have a name. 20th Century Fox has filed a trademark application for a new video game called Alien: Blackout. 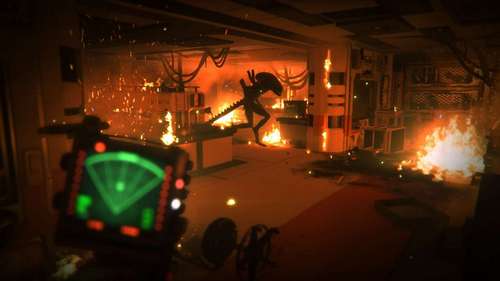 Trademark applications do not always result in announcements of a new product. It is possible that 20th Century Fox is merely grabbing the trademark to protect the future opportunity to make a game called Alien: Blackout. For what it’s worth, Activision trademarked games like Call of Duty: Secret Warfare and others that never came to be.

If Alien: Blackout is indeed a real game, one place where it could get announced is at The Game Awards next month on December 6. Organiser Geoff Keighley has teased that this year’s show will feature a lot of announcements and surprises, including those from «huge franchises.» The Alien series would certainly meet the criteria of being a «huge franchise.»

Earlier this month, Keighley posted a cryptic teaser for The Game Awards with the tagline «Worlds Will Change.» Intriguingly, the font appears to be similar the one that Weyland Industries uses in the Alien series.

The show we have coming together this year gets more and more insane every day. We’ve never had a lineup of announcements like this. Big surprises. Huge franchises. And now, you’ll meet the nominees that bring heart and passion to the stage. #TheGameAwards

A new Alien game for console and PC was announced in January this year. This game is in development at the San Francisco-based Cold Iron Studios, which was established in 2015 and is now owned by FoxNext, which is the video game division of Fox. Cold Iron is staffed by people who worked on titles such as Neverwinter, Star Trek Online, City of Heroes, BioShock Infinite, Borderlands, Doom, and Metroid Prime 3. The new Alien game will be Cold Iron’s first title.

Beyond the fact that it is a shooter, FoxNext also said this game will «deliver an action-packed gaming experience.» No other details are available at this time.

Since there are no details available yet, it’s possible Alien: Blackout is the name of Cold Iron’s game or potentially something else entirely.

2014’s Alien: Isolation from UK studio Creative Assembly is the latest installment in the Alien video game series for console and PC. The game sold more than 2 million copies. Creative Assembly talked about ideas for a sequel, but it remains to be seen if that will ever happen.