Talented Fortnite players might want to get practicing, as this weekend sees the start of a new tournament that could net you up to $1m in cash prizes. Winter Royale, as the competition is titled, has a qualifying stage starting November 24 and sets of finals over the following two weeks. 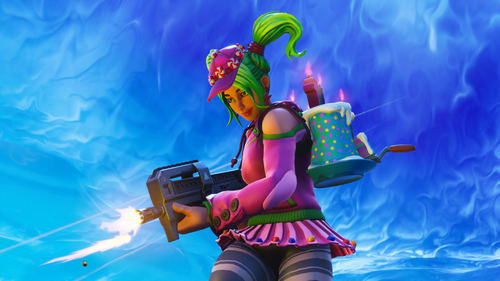 Publisher Epic Games says anyone can enter the qualifying stage; your highest score during any event session will be the one that counts. The top performers from North America and Europe will then go through to separate sets of finals: Europe’s will run from November 30 to December 1, while North America’s is scheduled for December 11-12. Winter Royale has a total of $1m available in prize money, though it isn’t clear how that total is divided.

The process is essentially a test run to help Epic prepare for the Fortnite World Cup next year. It will all be played through the in-game Online Tournament system using the same settings as the currently available Pop-Up Cup.

Fortnite’s new 6.30 update arrives just in time for the tournament, adding a new Dynamite item, a Wild West limited-time mode, and more. The Dynamite throwable has since been temporarily disabled, however, as Epic investigates «an increase in client crashes.»