A lot of video game stories stumble when it comes to endings, often because the preoccupation to set up sequels works against definitive, satisfying conclusions. Marvel’s Spider-Man handled both competing interests pretty deftly, wrapping up its main story while leaving enough plot threads from which to hang a second game, as well as its three-episode DLC expansion The City That Never Sleeps. But while developer Insomniac Games helped Spider-Man stick the landing in the main game, the conclusion of the expansion feels more like it rolls to a slow stop.

Chapter 3 of the expansion, Silver Lining, wraps up the story of Spider-Man battling Hammerhead, a mob boss who consolidated power in New York. He’s become a supervillain by stealing tech from the private sci-fi army from the base game, Sable International. Each of the previous chapters saw ancillary characters close to Spider-Man turning into collateral damage in the war against Hammerhead. Black Cat, Peter’s former paramour, was caught up in working with Hammerhead in the first episode, and Yuri Watanabe, Peter’s friend on the NYPD, was personally devastated by the mob’s war on New York in the second. The third episode focuses on yet another woman, Silver Sable, who runs Sable International and returns to New York to try to stop Hammerhead from misappropriating all her ridiculously dangerous military gear.

What made the first two chapters of The City Never Sleeps so engaging was the way they ratcheted up stakes while keeping things personal. Black Cat’s episode, The Heist, had Peter trying to save his anti-hero friend from mafia bad guys, while she threw a monkey wrench into his rekindled relationship with Mary Jane Watson. In the second release, Turf Wars, it felt like Spidey was embroiled in a full-on war against Hammerhead’s consolidated mafia army as the enemy struck devastating blows against the police, and Yuri in particular, which pushed her character to the brink. The time spent fleshing out Black Cat and Yuri, while putting Spider-Man in a position to fail both his friends, made the story powerful and important, just like the one in the original release. 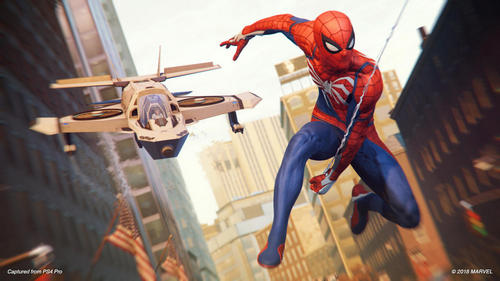 The trouble with Silver Lining is that the plot threads from the first two episodes never really get resolved in a satisfactory way. Both the women around whom the previous episodes centered have been pretty much removed from the story. Where the first two chapters felt as though they were driving toward putting Peter on his back foot as he struggled to save his friends from Hammerhead’s wrath and corrupting influence, the third episode basically drops those ideas in favor of a few fun moments of Peter and Sable warming up to each other a bit. Their goal is to stop Hammerhead, and all the interesting interpersonal stuff gets shoved into underdeveloped hooks for sequels and expansions that may or may not ever exist.

With so much good writing in the first two episodes, Silver Lining is just a letdown. It’s interesting, at least, that Silver Sable’s character gets rounded out a bit, but after Turf Wars made everything feel so effectively dangerous and personal for Yuri, a character we’ve been spending time with through the entire base game and much of the DLC, it’s incredibly frustrating that her tale gets left for some later potential wrap-up. That’s to say nothing of how The City That Never Sleeps resolves what’s happened to Black Cat way back in The Heist-because it doesn’t.

The rest of Silver Lining also feels a little lackluster compared to previous episodes. Screwball’s challenges return one last time before you wrap up that story, but they’re another few riffs on things you’ve done in the past. Neither the challenges, nor Screwball and her story’s conclusion, are especially inspired. Along with more Hammerhead bases to clear and more crimes to stop in a few of Manhattan’s southern districts, they come off as a little bit of filler to keep you busy for a few more minutes before calling it quits on Spider-Man for good. Unlike in Turf Wars, there aren’t really many new story insights to be gleaned from completing the side material. Finishing it all is more rote than rewarding. 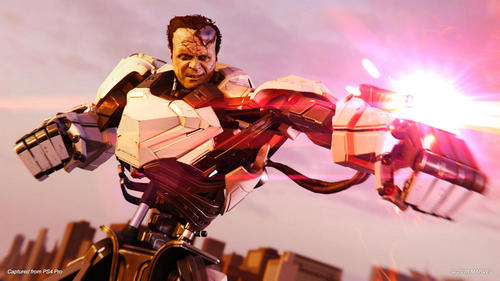 On the bright side, Silver Lining is challenging for the seasoned Spidey. Hammerhead’s goons are tougher than ever with their Sable gear, and there are now jetpack guys, jetpack guys with shields, mini-gun guys, and machine gun guys all fighting you at the same time. Some of the fights are downright annoying as you get blasted by huge attack after huge attack, but at least Insomniac has continually worked to make the expansion fights harrowing for people who’ve been continually playing Spider-Man since way back in September and have probably unlocked all of the abilities and gadgets in the game long ago.

For a game as strong as this one, Silver Lining feels like a stumble. The beginning and middle of The City That Never Sleeps were both great reasons to return to Spider-Man in the months after its release. Silver Lining can’t pay off that earlier promise, though, and so one of the best games of the year goes out with a whimper. The final chapter of Spider-Man’s planned expansions is mostly fine-the core game is strong enough that any chance to revisit its mechanics is going to be fun-but with no other expansions officially on the way, this feels like another classic case of a good game story burdened with propping open the doors for potential sequels. The original version of Marvel’s Spider-Man was better than that, and The City That Never Sleeps should have been as well.