The Game Awards are coming, promising not only a celebration of the last year in video games, but also a slew of new announcements for the coming year and beyond. The annual award show has become known for hosting game reveals, and this year’s event promises to be no different. Eager to get started, some studios have already begun teasing their impending news. 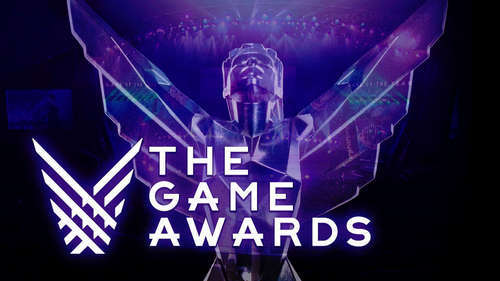 As part of the promotion behind the event, host Geoff Keighley teased that ten brand new games will be shown for the very first time. This is on top of other updates for various existing games. That will make for a packed show, especially given that it needs to fit all those reveals around the accolades, musical performances, and other variety events.

Obsidian, the developer behind RPGs like Fallout: New Vegas and Pillars of Eternity, has stated very directly that it will be announcing its next game at the award show. We’ve seen teases of a retro-futurist space setting. This one will be published by Take-Two’s indie label, Private Division. It remains to be seen how Microsoft may be involved in this project, having recently acquired Obsidian.

Ubisoft is planning a Far Cry reveal for the awards. The studio released a short teaser trailer that showed a nuclear explosion and the resulting devastation over rural farmland. The narration explained that after the earth recovered, people became the deadlier threats. It all appears to set the stage for a post-apocalyptic Far Cry game, possibly tying into the events of Far Cry 5. It’s unknown at this point if it will be DLC, a spin-off, or an all-new game.

EA has announced that its upcoming multiplayer RPG Anthem will get a new trailer presented by general manager Casey Hudson. It launches next February, so this will be one of the last big public events to show off the game.

Fortnite Reveals Abound, But More On The Way

Fortnite is teasing something big for the Game Awards. We don’t know what it is, but we know a few things that it isn’t. Epic has already noted that it won’t be related to Season 7, which the studio has already started outlining elsewhere. It also won’t be the new creative mode. Keighley emphasized that the creative mode reveal was just «part 1 of the story» and that the Game Awards reveal will «get even crazier.» Creative director Donald Mustard will be on-hand to drop the announcement himself.

Call this one an educated guess. BioWare’s Casey Hudson will already be on-hand to reveal something new for Anthem, but that may not be all. Hudson also recently said that the studio is preparing to outline plans for the next Dragon Age. In fact, he specifically said that news will be coming in December, but stopped short of outlining exactly where or when. The Game Awards is one of the few high-profile announcement vehicles in the month of December, so the smart money is on this being the venue.

Nintendo always plays its cards close to the blue overalls, but a recent promotional tweet raised eyebrows. The company specifically told fans to watch the Game Awards just before the release of Super Smash Bros. Ultimate, possibly implying an announcement on the way. It could be just the place to announce a solid release date for Piranha Plant, outline the first of the impending DLC roster, or something else entirely.

Get This Free PC Game While Supplies Last