Ubisoft has made a big-name hire at its Quebec office, the studio that most recently led development on Assassin’s Creed Odyssey. The Canadian developer has hired former EA veteran Mike Laidlaw, who worked at BioWare on the Dragon Age franchise and others. 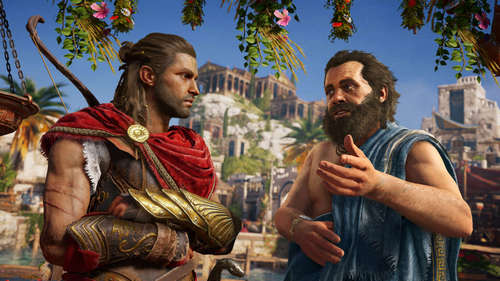 Laidlaw takes on the role of creative director at Ubisoft Quebec, but Ubisoft did not say what he’ll be working on. In a blog post, Ubisoft acknowledged that Laidlaw had been consulting with Ubisoft Quebec on an «unannounced new project» for the past nine months, so it could be that Ubisoft has now brought him on full time for it.

Laidlaw was the creative director of BioWare’s Dragon Age franchise for eight years, most recently leading the team on 2014’s Dragon Age: Inquisition. He also worked on BioWare games like Mass Effect, Jade Empire, and Sonic Chronicles: The Dark Brotherhood.

«We are thrilled to welcome Mike into the Ubisoft Quebec family,» Ubisoft Quebec managing director Patrick Klaus said in a statement. Senior producer Jeff Skalski added, «We’re excited to have him onboard. He’s the perfect fit for our project and I can’t wait for everyone to experience the results.»

In his own statement published on LinkedIn, Laidlaw said his current project at Ubisoft Quebec is so compelling that it convinced him to move halfway across Canada from his former home in Edmonton to Quebec.

Laidlaw left BioWare in October 2017. He went on to contribute to the Kickstarter-funded RPG Waylanders, but he’s stepping back now that he’s joined Ubisoft. In his place, the Waylanders team has brought on former Telltale Games writer Emily Grace Buck to take over «many of the parts» that Laidlaw was contributing to.

Beyond hiring Laidlaw, Ubisoft Quebec is expanding in a major way. The studio recently opened a second office in the Saint-Roch neighbourhood, while it has also talked about its plans to hire 200 more people over time.

No new Dragon Age games have been announced, but just recently, BioWare teased that it might have some news to share very soon. This week, VentureBeat reported that Dragon Age 4 will be revealed at The Game Awards on Thursday evening, so keep checking back with GameSpot for more.