Nintendo has announced the next in-game event for Super Smash Bros. Ultimate. This week’s Spirit event is titled «Oh Yeah! Mario Time!” and it features a variety of characters taken from the Mario series, as well as a handful of exclusive Spirits you can’t get otherwise.

Unlike the previous two Spirit events in Super Smash Bros. Ultimate thus far, both of which were only available for three days, the «Oh Yeah! Mario Time!» event kicks off at 10 PM PT on December 27 (1 AM ET / 6 AM GMT / 5 PM AEDT on December 28) and runs until the same time on January 1, giving you five days to take advantage of it. During that period, an assortment of Mario Spirits, such as the Legend-class Pauline and Dry Bowser, will appear more frequently on the Spirit Board. You’ll also earn additional Gold for defeating these Spirits.

On top of that, the event will also feature a couple of exclusive Super Mario Party Spirits: the Novice-class Dice Block, the Advanced-class River Survival, and the Ace-class Golden Dash Mushroom. These three have not previously been available in the game and will appear at set times every day throughout the event, so you’ll want to add them to your collection while they’re still around. 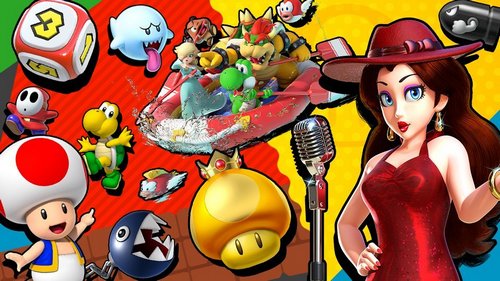 Nintendo is holding a different Spirit event in Super Smash Bros. Ultimate each week. Last week’s event was the first part of the Fire Emblem Fest, which made Fire Emblem characters such as Azura and Eliwood appear more frequently on the Spirit Board. Nintendo hasn’t announced the date for the second part yet, but it is slated to take place in January.

Super Smash Bros. Ultimate has been a big success for Nintendo thus far, breaking sales records for the series around the world since its launch earlier this month. The game was also met with widespread critical acclaim. GameSpot selected it as one of our 10 best video games of 2018. «There are so many wonderful things packed into Super Smash Bros. Ultimate that, even in the short time between its release and our Best Of The Year discussions, it has filled us with an immense amount of joy,» we said.