Super Smash Bros. Ultimate features a very full roster of every Smash character ever, along with some new additions. One conspicuously absent member of the roster is Waluigi, the Luigi doppelganger who has featured in several Mario sports games. The fan outcry has been ongoing, and rest assured, Nintendo has heard you. 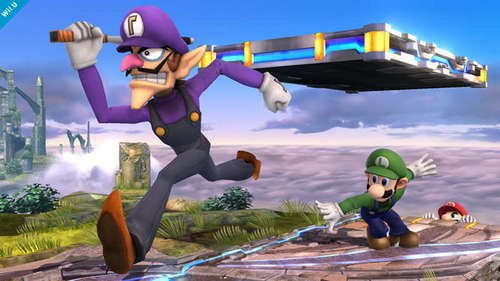 Speaking to Nintendo of Canada’s Andrew Collins, Okay Cool noted the fan campaign to put Waluigi in the game, including an appearance in the Washington Post. Collins made it clear the company has seen your pleas and passion.

«I think it’s great when something builds naturally because, you know, as a marketer, when you have something that goes viral like that it’s brilliant,» he said. «You can’t buy that. You can’t create it. And when the fans do something like that, it’s amazing. But it’s so good to see from a passionate side of things. And let’s face it, it’s funny. I’ve seen some of the photos. I’ve seen some of the artwork that people have created, and it’s fantastic to see their passion.»

Obviously, this isn’t a promise that Waluigi will actually come to the game, but an acknowledgement from Nintendo that it has seen the response is more than nothing. That may be enough to prompt the company to add him as downloadable content.

Nintendo has already announced the addition of five more fighters are coming as DLC, along with the free Piranha Plant DLC for early purchasers. Each pack will cost $6 and come with one new fighter, one new stage, and a variety of music tracks. They will be available as a bundle for $25, which will also net you an outfit based on Rex from Xenoblade Chronicles 2. The roster for these DLC fighters is already set, so if Waluigi is ultimately destined to Smash with the rest of his compatriots, the plans are already in-motion.

The last round of announced characters included Incineroar from Pokemon and Ken from Street Fighter, and you can see them in action here. Smash Bros. Ultimate will hit on December 7. For more details check out our pre-order guide.