Veteran Elder Scrolls composer Jeremy Soule is «currently not involved» with The Elder Scrolls VI. Responding to questions from fans, Soule said on Facebook that he «would never turn his back on The Elder Scrolls,» but at this stage he is not lined up to do the music.

It sounds like it is still very early days for The Elder Scrolls VI, so it might be the case that Bethesda hasn’t yet approached any composers to do the music for the game.

«While I’ve not said much about this out of courtesy to Bethesda, I would never turn my back on TES, and I believe that my involvement would hinge on a creative decision on their part and where they want to take the franchise,» Soule said (via VG247). «To confirm, I am currently not involved with TES VI.»

Outside of The Elder Scrolls series, Soule did the music for the Guild Wars series and multiple Harry Potter games, as well as BioWare’s Star Wars: Knights of the Old Republic. In November, Soule said he would like to work on the music for Amazon’s Lord of the Rings show.

«The Elder Scrolls VI is big and it’s ambitious, but also … the most important thing to underscore is that the timeline between products that you get from BGS is not any different than it has been historically just because we’ve talked about two games after Fallout 76,» Bethesda boss Pete Hines told GameSpot.

«I try really hard to manage people’s expectations. It’s not like ‘Fallout 76 this year, Starfield next year, and then TES6 the year after.’ The timeline isn’t any different. What’s different is just trying to be transparent and say, ‘Don’t freak out, the next thing we’re doing is single-player in Starfield, and we are making TES6.»

The Elder Scrolls VI may be so far off that it won’t launch until a new wave of consoles is released, though nothing is certain at this stage. 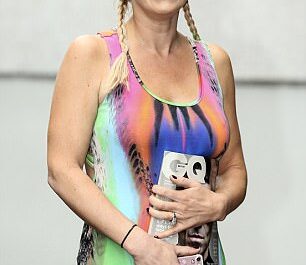