The latest chapter of the Battlefield V TTK drama has unfolded. DICE has announced that it’s backtracking on the controversial changes it made to the multiplayer shooter’s time-to-kill values that made the game more forgiving for new players and angered veteran players in the process. 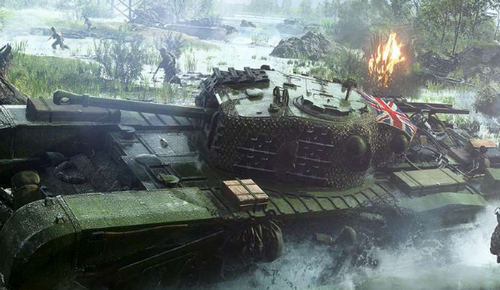 In a post on Reddit, DICE said it made the choice to roll back the changes after listening to player feedback and reviewing internal statistical data. The TTK changes were released in an update that came out last week, so they really didn’t last very long at all.

DICE reiterated that its aim with the TTK changes was to make the game «more enjoyable for new players.» Veteran Battlefield fans took issue with this, and in response, DICE released a «Core» playlist for the Conquest mode with the original TTK values. Fans commented that a single playlist wasn’t enough, and DICE later announced that it would release more «Core» playlists.

«Clearly we didn’t get it right,» DICE said about the TTK changes. «Veteran players didn’t ask for the change, but as game developers, we took it upon ourselves to make those changes based on extensive data and deliberation. It truthfully wasn’t an easy decision for us,» DICE said.

The developer added that it is an ongoing challenge to make Battlefield a more enjoyable experience for new players. Indeed, the game has a very different feel than its main competitor, Call of Duty, which is often regarded as a game that is relatively easier to get into.

«It’s been a challenge across our games for a long time, as many will know, and becomes even more important for us to improve upon our post-launch experience with consistent updates to the game through the Tides of War,» DICE said. «Our desire to service a game that caters to old and new players will continue. How we get it right isn’t easy, nor will it be quick, and we appreciate when the community comes together and helps us on this journey.»

While DICE is rolling back the TTK changes, the developer said it continues to work on new updates to «improve the experience» for all players-new and veteran.

Battlefield V’s TTK will revert to its original value through an update coming December 18 at 4 AM PT / 7 AM ET / 1 PM CET. The «Core» playlist for Conquest will be removed at this time, while the previously announced additional «Core» playlists are not going to be released.

Unlike previous Battlefield games, all of Battlefield V’s expansions are free as part of the game’s Tide of War live service element. The first major post-release expansion, Chapter 1: Overture, is out now, and it adds a new map and the single-player War Story where you play as a member of a German tank division. On a longer timeline, Battlefield V will introduce a battle royale mode called Firestorm in March.

Oscar Dayus’s Most Anticipated Game Of 2019: Pokemon For Nintendo Switch