As of November 2018, the PlayStation 4 is five years old. In gaming terms, Sony’s flagship gaming device has well and truly reached middle age, and after a brief mid-life crisis in 2017, the current year has been a good one for the market-leading console. It’s got itself in shape at the spider-gym, bought itself an android servant, and even had a son. Has this metaphor been stretched far enough yet? Good. Let’s take a look at the year that was for the PS4. 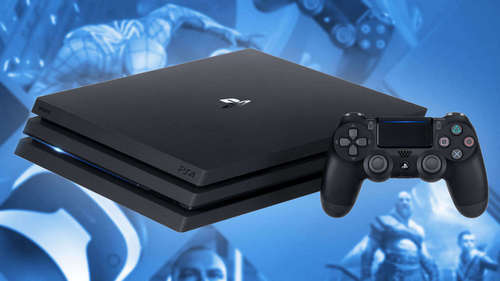 PS4 exclusives have come thick and fast in 2018. Shadow of the Colossus kicked the year off with the nostalgic thud of giants hitting the ground, before God of War smashed its way into every PS4 owner’s living room. Kratos was back, having generated a son, a great beard, and-of all things-a conscience since our last adventure with him. And what an adventure this current-gen one turned out to be. God of War is easily one of the best games of the year, marrying satisfying combat with an engaging story, all while turning a character who was once an over-the-top caricature akin to The Simpsons’ Angry Dad into a complex, fascinating, and mature man.

Next, Detroit: Become Human saw David Cage being David Cage again, causing everyone who likes David Cage’s games to exclaim how this was so David Cage! and everyone who dislikes David Cage’s games to bemoan how this was so David Cage… Whatever you think of the French auteur’s writing, his stories are unlike anything else in the medium, and the games industry is a stronger and more diverse tapestry with his wool woven into it. Detroit’s «What if the humans are the bad guys?» storyline might be a little on-the-nose, but its detective gameplay and interesting cast makes it a unique and worthy addition to the PS4’s catalogue of exclusives.

The final big exclusive of the year was Spider-Man-yet another video game reboot of our friendly neighborhood superhero. It was a game about a comic book character that managed to satisfy both newcomers and hardcore Marvel fans at the same time. Crucial to developer Insomniac’s success was how satisfying Spidey’s iconic swinging felt when traveling throughout New York, and we can’t wait to swing back there with the game’s final DLC chapter, Silver Lining.

It looked like the end of the year might be a little sparse for PS4 owners-until two PSVR games came from nowhere to blow everyone away. First, Astro Bot Rescue Mission proved to be one of the most charming, inventive platformers in years, despite Sony barely whispering its name from the rooftops prior to launch. Sony Japan Studio’s delightful family game was followed in November by Tetris Effect. «Tetris?!» I ignorantly exclaimed when I saw people getting excited about the ancient franchise’s latest iteration. «What could Tetris possibly do differently in 2018?» Oh how wrong I was.

Unfortunately, beyond these and the early 2018 triumphs of Moss and The Inpatient, PSVR owners may feel a little deprived of reasons to keep hold of their headsets going into 2019.

Elsewhere, PlayStation gamers enjoyed exclusivity over Yakuza 6: The Song of Life, Yakuza Kiwami 2, Tetris Effect, Iconoclasts, and more, while many other blockbuster titles had some sort of deal with PlayStation this year. Whether it was Call of Duty: Black Ops 4’s early DLC drops, FIFA 19’s kits, or Red Dead Redemption 2’s bundles and early bonuses, it was without doubt a vintage year for third-party games on PS4-plus, PUBG finally came to PS4 with exclusive cosmetics. Unfortunately, Days Gone and Dreams did not launch in 2018 as planned-here’s hoping they light up 2019 instead.

Sony’s E3 2018 was a disappointment, with only a handful of games shown off at a bumbling, disjointed stage show. «Maybe Sony is gearing up for a huge Gamescom,» speculated the imaginary people inside my head. Uh, well, the publisher didn’t have a show in Cologne at all this year. Paris Games Week? Nope. PSX? Canceled. The Game Awards? Naughty Dog is busy that night.

Then came the news Sony is skipping E3 2019. All signs point to the platform holder preparing for an inevitable PlayStation 5 announcement, but it’s hard not to feel a little short-changed in the meantime. Ghost of Tsushima, The Last of Us: Part II, and Death Stranding are all on the way, but we’ve no idea precisely when they’ll arrive-and crucially, we now don’t even know when we’ll see any more of those big upcoming titles.

It’s entirely possible Sony will hold some event of its own-potentially in the same vein as EA Play or even Nintendo’s Directs, or perhaps something harking back to the PlayStation event in 2013, where the company first revealed the PS4. Either way, we’re hoping there’s a hardware reveal of some sort in 2019, or it could be a fairly slow year for PlayStation news.

PlayStation Plus’s free game offerings improved this year. Call of Duty: Black Ops 3, Destiny 2, Heavy Rain, XCOM 2, Beyond: Two Souls, Rayman Legends, Ratchet & Clank, Bloodborne, Deus Ex: Mankind Divided, and many more high-profile PS4 titles have been included with your subscription this year. Things tailed off a little in recent months, but overall PS Plus has proved good value in 2018.
In early 2019, however, Sony will stop giving away PS Vita and PlayStation 3 games as part of PS Plus, and they won’t be replaced by additional PS4 titles. This is worse than it initially appears since many of those PS3 and PS Vita titles were part of Sony’s Cross-Buy scheme-which means PS4 versions came at no extra cost. With those PS3/Vita freebies stopping in March, the quality and profile of the two remaining games given away each month had better improve further, or people will understandably be disappointed with getting less bang for their buck.

PlayStation Now could also benefit from some TLC from Sony-it’s a revolutionary platform that has been almost forgotten about since its launch in 2015. The company has allowed it to fall by the wayside to such an extent that Xbox Game Pass-with its cheaper entry point and day-one access to first-party titles-seems to have overtaken PS Now in many people’s minds. If utilized correctly-with better promotion, more games, and a lower asking price-Sony’s streaming service could be huge, especially now it’s added the ability to download titles as well as play them instantaneously via the cloud.

Last year, I wrote how a worrying amount of hubris seemed to be setting into Sony’s strategy amid its incredible success with the PS4. Another lackluster E3 and a continuing backwards compatibility policy that looks greedy when compared to Microsoft’s more consumer friendly offering are signs that point to this arrogance having not totally disappeared, but Sony has taken positive steps forward in 2018.

Cross-play had become an increasingly sore topic for Sony: Microsoft and Nintendo’s willingness to allow cross-play between their ecosystems made the PlayStation publisher look like the bad guy. It took a true phenomenon in Fortnite to change Sony’s mind, but eventually the platform holder agreed to let PS4 owners play online against their Xbox One- and Switch-owning friends. Right now, it’s only Epic’s battle royale game that works with the feature-which is still in the beta phase of testing-but more games are expected to be added soon.

Another announcement welcomed by Xx_Ssnipezz_69_xX and many more PSN users around the world was the ability to change your PSN ID finally being available. Again, it’s only in beta right now, with a full rollout scheduled for early 2019, but I am so glad to be getting rid of my existing (and embarrassing) PSN ID.

This year has arguably been the PS4’s strongest yet. A stellar list of exclusives, typically strong third-party support, a couple of standout PSVR titles, and some fan-pleasing announcements form a 2018 in which Sony has played the right card at almost every turn. Outside the PS4 ecosystem, the picture is decidedly less rosy-Sony’s no-show at a number of events and barebones PlayStation Classic mean this has been by no means a perfect year, and 2019 is looking a little bare at present-but the PlayStation 4 itself is in better shape than ever. 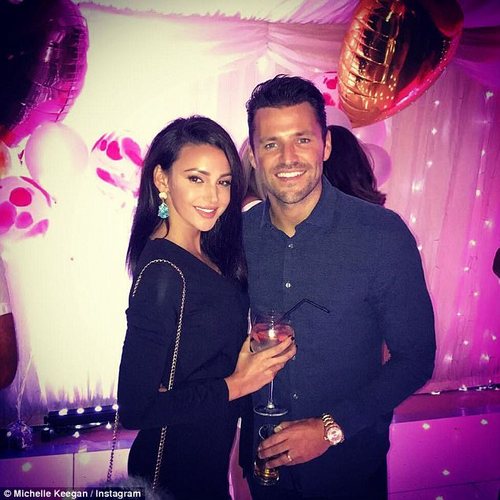