Activision is losing one of its most senior Call of Duty developers. Glen Schofield, who co-founded the Activision-owned Sledgehammer Games in 2009, is leaving Activision at the end of the month. In a statement posted on Twitter, Schofield said he’s enjoyed a «great run» at Activision, but said he now wants to «try something new.» Schofield and Sledgehammer’s other founder Michael Condrey left the studio in February for new jobs at Activision HQ. 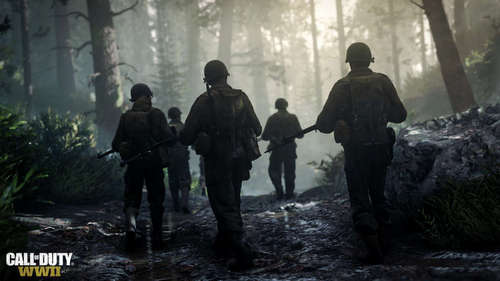 He’s taking some time off to rest and relax before jumping into «something else exciting.» He didn’t share any details on what he might be up to next.

Schofield told GameSpot that he thinks he still has «a couple good games» to make, so you can bet his next gig will be in game development. «I have nothing but good things to say about my time at Activision,» he said. «After nine years of CoD (which I love), I just think I need a change. I seriously am going to take my time finding my next gig. Make sure it’s exactly what I want to do. I still have a couple good games in me.»

According to his LinkedIn page, Schofield got his start in gaming at the now-defunct Absolute Entertainment, where he served as its Art Director from 1991-1994 for Atari 2600 and NES titles. In 1996, he joined Crystal Dynamics as its vice president and executive producer. At that company he worked on a range of titles, including Soul Reaver, the licensed game 101 Dalmatians: Puppies to the Rescue, GEX 2, and more, before leaving in 2002. After Crystal Dynamics, Schofield moved to Electronic Arts where he worked on as the company’s general manager of the now-shuttered Visceral Games label. One of his biggest credits there is Dead Space, which he created; he was also the executive producer for licensed games including The Lord of the Rings: Return of the King and James Bond: From Russia With Love.

He left EA in 2009 and founded Sledgehammer alongside Michael Condrey the same year. He served as a game director and chief creative officer at Sledgehammer where he worked on Call of Duty: Modern Warfare 3, Call of Duty: Advanced Warfare, and most recently, Call of Duty: WWII. He also contributed to Sledgehammer’s canceled Call of Duty Vietnam War game, which unlike the previous games, would have used a third-person perspective. Sledgehammer stopped working on the game to help finish Modern Warfare 3, after Activision fired Infinity Ward’s Vince Zampella and Jason West.
Writing on Twitter back in November, Schofield teased a new project that he wasn’t allowed to talk about. It seems likely he was referring to a new game, but Schofield also does a lot of artwork, too. Given that Schofield was promoted to a new VP of Development position at Activision HQ, the project he was teasing theoretically could have been anything from Activision, and not necessarily the next game from Sledgehammer. The Call of Duty series is on a three-year, three-studio development schedule, so Sledgehammer’s next game isn’t expected until 2020.

Still under the cone of silence but what I’m working on is pretty freaking cool! Hope it sees the light of day. It’s special.

We’ve reached out to Schofield to see if he has any further comment regarding his departure from Activision and what he might do next. Condrey remains at Activision.

Crackdown 3: Everything We Know

Red Dead 2 Online Microtransactions To Let You Buy Gold, But Not Yet