Once you’ve reached a high enough level to wear a fully-equipped suit of Power Armor, you’re likely to wonder what you can do to further enhance its abilities. Sure, you can take a chance and try finding better armor plating out in the world, but that’s a well that’ll run dry before too long. If you want true freedom in modifying and enhancing your Power Armor’s plating and capabilities, you’re going to need a Power Armor Station.

There are several Power Armor Stations scattered all around the world for you to use, but if you want true convenience, you’re going to want your own. Like all craftable items in Fallout 76, you’ll need the Power Armor Station’s crafting blueprint before you can make it. This can be acquired by completing the side quest called «Miner Miracles,» which can be initiated by visiting the Garrahan Mining Headquarters. In addition to the blueprint, completing this quest nets you the Excavator Power Armor.Below we run you through through the steps required to complete this quest.

It’s important to note that you must be level 25 to access this quest, so if you don’t meet this requirement, try checking out our other guides in the meantime, like our basic survival guide or our tips you should know before starting feature. But if you haven’t found any Power Armor yet, look to our Power Armor guide highlighting a few locations where you grab a set pretty easily. And for some of our thoughts about the game, read our Fallout 76 review.

Step 1: Finding The Quest At The Garrahan Mining Headquarters

As stated, you’re going to need to head to the Garrahan Mining Headquarters to initiate the «Miner Miracles» side quest. You’ll find this old mining facility at the northeastern section of the Ash Heap region. Below you can find a screenshot pinpointing the location on the world map. 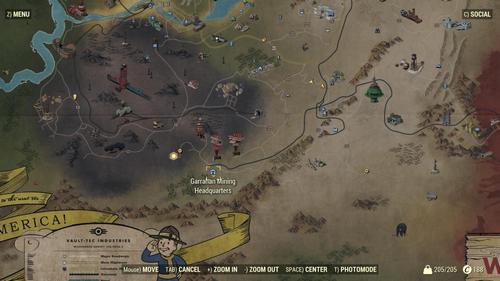 When you arrive, you’re likely to be met by Super Mutants or robots, so dispatch them first. Once they’re down, proceed with caution into the building’s interiors; the place is booby-trapped with several explosive fragmentation mines (A mining headquarters with mines, hah). Once you’ve made it inside, look for a terminal around the rear of the building. Access it and select «Memo: Excavator Queries.» Next, proceed to project manager’s terminal on the east side of the building and access the file called «Excavator Module Blueprints.» This will set you down a path to crafting all the parts of the Excavator Power Armor.

Crafting each individual piece of the Excavator Armor is going to take a bit of time. Some of its pieces require some rare components. Below you can find screenshots highlighting each piece’s individual components. 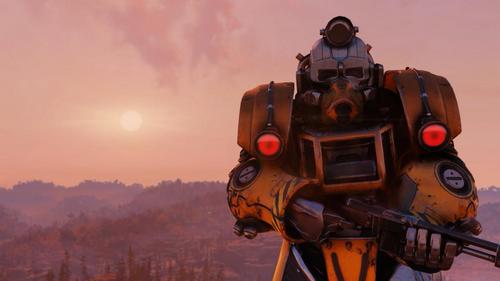 Each armor piece requires an assortment of components to craft. You’ll notice the components that are the hardest to come by are Nuclear Material and Black Titanium. If you’re looking for Nuclear Material, it can be dismantled from specific types of Junk, like the Blast Radius Board Game, High-Powered Magnet, Vault-Tec Alarm Clock, Ignition Core, or the Rad Poker Board Game.

Black Titanium is dropped by Deathclaws. A good place to find these infamous creatures is the aptly named Deathclaw Island, which is the island to the west of the Typer County Fairgrounds. Another (far easier) way to get Black Titanium is from dismantling Miner Suit Scraps, which are dropped by Mole Miners. If you seek Black Titanium out in the world, you can quickly find a small supply of Black Titanium north of Garrahan Mining Headquarters right around the northwest corner of Lewisburg; it’s located just off the road around the area.

For all the other components, try tagging them for search in the Power Armor crafting menu to help you find what you need either in your inventory or out in the world.

Once you’ve painstakingly crafted all the parts of the Excavator Power Armor, simply equip the set and take it back to the Garrahan Mining Headquarters where you can register it by pressing the button on the building’s east side. This will complete the quest and reward you the Power Armor Station blueprint.