Some seriously high-profile games are on sale right now for iPhone, iPad, and Android. Even if you’re not typically a mobile game player, you might want to pick up some of these titles to have access to games like Civilization VI and Final Fantasy VII any time in your pocket. Let’s take a look at what’s available and for how much.

First up is Sid Meier’s Civilization VI for iOS. This is the complete computer game, but it’s been revamped for touch controls and is compatible with iPhone and iPad. The game is free to download, but that only gets you 60 turns of play. Once you run out, you’ll have to pay to unlock the full game. The unlock normally costs $60, but it’s currently on sale for $15, which amounts to a hefty 75% discount. 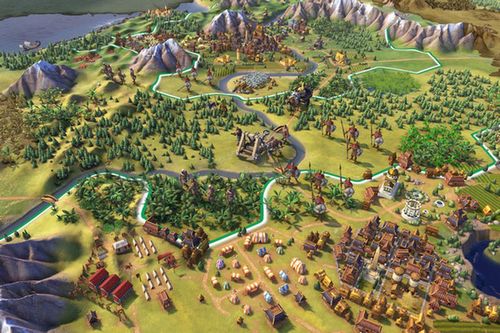 But to sweeten the deal further, over the coming days Aspyr Media is giving away all of the expansions for free to anyone who owns the core game. So if you buy Civ VI now, you can get free civilizations and scenarios for Poland, Australia, Persia, and more between December 20 and January 1. Paying $15 for all of that is a great deal, considering the usual price for the core game is $60 and each DLC runs between $5 and $9. You’ll just have to remember to pick up your free expansions every two days.

In a separate deal, Square Enix is running a huge sale on its classic RPGs for iOS and Android. You can pick up Chrono Trigger for just $5 and get big discounts on every Final Fantasy mobile port that’s available. For instance, Final Fantasy VII is on sale for $10, and Final Fantasy IX is $13. If you’re in the mood for a more strategic take on the series, you can grab Final Fantasy Tactics: War of the Lions for $7 ($8 for the separate iPad version).