It’s the weekend, and in Destiny 2 that means it’s time to make the weekly trip out to find Xur, the seller of Exotic wares. While players this week have been struggling to dig into the fresh content that comes with Destiny 2’s latest expansion, The Black Armory, Xur’s arrival means you can at least get a shiny new Exotic weapon or piece of armor. Here’s what you need to know about where to find Xur and what he’s selling this week.

The arrival of The Black Armory might have added new ground to the Tower in the form of the Annex, but you’ll find Xur this week in one of his old haunts. He’s on the Tower on the Hangar side, down behind the Dead Orbit faction area. 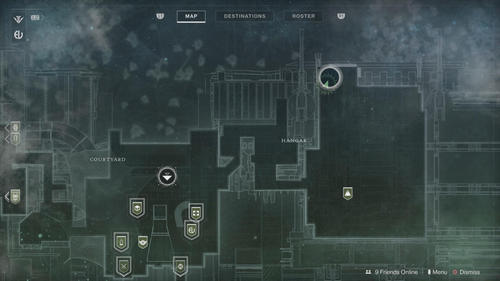 As usual, Xur is packing Exotics from the Year One collection-sorry, still no Forsaken Exotics for sale. His Exotic weapon this week is Suros Regime, along with one piece of Exotic armor for each of the three classes. Suros, a powerful auto rifle, packs two rates of fire. The first is a super-fast rate for firing from the hip, which increases the longer you hold down the trigger. Aim down the sights and you’ll get a slower firing rate, but the gun will deal more damage, making it versatile in a lot of situations.

Ophidia Spathe is Xur’s armor offering for Hunters this week. The chest armor gives Hunters running the Gunslinger subclass a second throwing knife charge, which is especially cool with Way of a Thousand Cuts and its Playing With Fire cooldown perk. For Warlocks, there’s the Crown of Tempests helmet, which increases the cooldown rate of your Arc abilities every time you get a kill with one of those Arc abilities-pretty great with Attunement of Control’s Ionic Traces, which also reduce your ability cooldowns. Finally, Hunters get the ACD/0 Feedback Fence gauntlets, which is great for Titans who love melee attacks. Racking up melee kills builds up energy in the gauntlets, so when someone finally hits you with a melee attack, the collected energy explodes.

Xur’s arrival on December 7 also corresponds with two big changes to The Black Armory-first, the second of the four forges is now available. The first, the Volundr Forge, was a source of derision in the Destiny 2 community, as the Power level requirement for the three-player horde mode activity was too high for players to jump into at launch. Bungie lowered the Power requirement to make it a bit easier, but with the second forge available today, the grind in The Black Armory is in full swing.

The second major development is The Black Armory’s new Raid, Scourge of the Past. If it’s anything like past raids, it’ll be quite a few hours before the first team manages to work its way through it, and even longer for players to discover all its secrets.

Cheapest Places To Buy The Console