Tom Hanks is one of Hollywood’s biggest names, and now his next role has potentially been revealed. Collider reports that Hanks is being eyed to play Geppetto in Disney’s upcoming live-action Pinocchio movie. Geppetto is the toymaker who builds Pinocchio out of wood, and then wishes on a star for Pinocchio to come to life. Magically, it works. 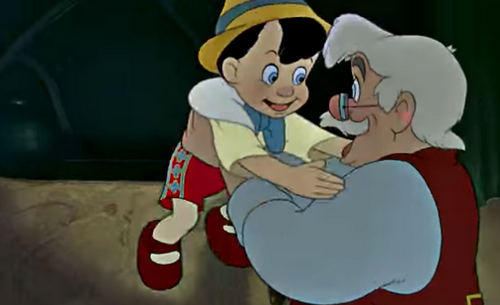 According to Collider, the new Pinocchio has a budget of $150 million, with production expected to begin in summer 2019. If it’s anything like the 1940 original, you can expect a wild ride.

Hanks has worked with Disney before. He voices Woody in the Toy Story franchise, while he played Walt Disney himself in Saving Mr. Banks. His next big role is Fred Rogers in the upcoming untitled film about the iconic children’s TV show host.

Pinocchio is just the latest live-action remake from Disney. The company’s next big one is The Lion King, and Disney just recently released a stunning trailer for it. There are also live-action remakes of Mulan and Aladdin in the works, while some of Disney’s previous live-action reboots included Beauty and the Beast starring Emma Watson and The Jungle Book from Iron Man director Jon Favreau.

Read Our Latest Impressions Of Its Mech-Based Mayhem

A New Marvel Game Is Being Developed By Former Blizzard Devs