Call of Duty: Black Ops 4 has gotten another global update across all platforms, including quality-of-life improvements, a new Perk system modifier, and PC-specific balance changes. Plus it includes the usual round of regular bug fixes that are to be expected with an ongoing live game. 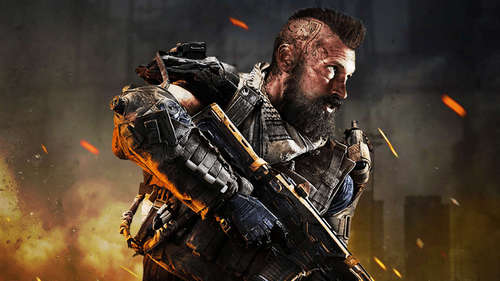 In the patch notes, Treyarch says that the PC balance updates are distinct from the other platforms and the teams evaluate them separately. As a result the notes have their own PC section with additional keybinds, more slight toggles for things like push to talk or Asus Aura RGB effects, and several balance changes to weapons.

Meanwhile, all modes got improvements to detecting melee attacks, exploit fixes in Multiplayer, and crash fixes in Zombies. The Zombies mode also got a new modifier to its Perk system to increase weapon reload speed. If you’ve played previous games you may recognize this as the «Speed Cola» perk. Combining it with Fast Mags/Hybrid Mags, it results in a 50% overall increase.

«This preserves the role of these weapon attachments in creating the quickest-handling guns in each weapon class,» reads the notes. «Additionally, we wanted to ensure the reload modifiers from certain Pack-a-Punch versions of weapons are still meaningful, which stack with the new ‘Speed Cola’ tuning values.»

If you haven’t yet grabbed Black Ops 4, Amazon has a hot deal offering it for $40. This matches the best sale price across retailers on Black Friday. Plus, if you need a system to go with it, Sony just announced a new PlayStation 4 bundle that includes the game for free.

Check below for the full patch notes.

We are also currently aware of some issues that were introduced with the new title update on PC, and the team is working on fixing the following issues:

Just $12 For Yakuza 0, The Division, And Mystery PC Games