It’s going to be a big week for Epic’s battle royale game Fortnite. In addition to the launch of Season 7, Epic has an announcement teed up for The Game Awards. 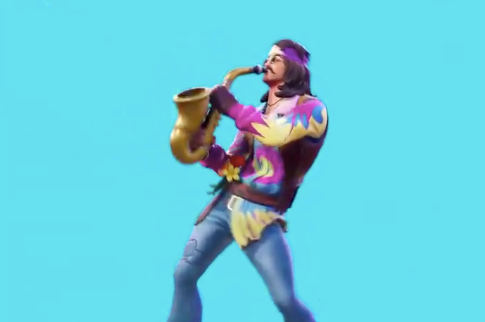 Show organiser Geoff Keighley said there will be some kind of Fortnite announcement and a «world premiere» at The Game Awards on Thursday night. Epic’s own Donald Mustard will be on hand at the event to drop the news, apparently.

I can’t stress enough how much we have going on this week. Geoff isn’t talking about Season 7 launch here. Tune in! https://t.co/K2gwZoizqa

Epic PR lead Nick Chester confirmed in his own tweet that the announcement lined up for The Game Awards is not related to Season 7. «I can’t stress enough how much we have going on this week,» Chester said.

Keighley’s cryptic teaser mentioned that Fortnite fans will want to «keep your game close,» which sounds like a suggestion that something will happen in the game.

Avengers directors Joe and Anthony Russo, who are big fans of Fortnite, will be presenting an award at The Game Awards this week. However, it remains to be seen if the directors will have any news to share during the show.

The pair played Fortnite during downtime during of the editing process of Infinity War, they told EW this year. Joe Russo personally called Mustard to get a conversation going about about the Thanos limited-time mode that eventually came to Fortnite. More recently, Anthony Russo wore a Fortnite t-shirt during an Infinity War Q&A just last week, so their appreciation for Fortnite seemingly continues.

As for Fortnite Season 7, Epic recently released a new teaser that teases, «A bitter ice spreads,» which follows previous rumours and reports about the seventh season having a wintry, cold theme. Season 7 begins on December 6, which is the same day as The Game Awards.