Overwatch will be kicking off its annual «Winter Wonderland» event starting next week, and lasting throughout the month and into January. A short teaser video revealed the dates from December 11-January 2. The teaser also showed a portion of the Blizzard World map done up in holiday decorations. 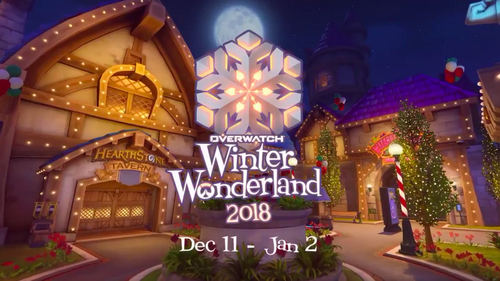 Last year’s Winder Wonderland event included a new boss fight Brawl called Mei’s Yeti Hunt and the return of Mei’s Snowball Offensive Brawl. The Yeti Hunt pitted teams of five (all Mei) against one Winston in his Yeti skin, for an asymmetrical multiplayer experience similar to games like Evolve or Friday the 13th. This year we may see another new Mei-based mode, along with the return of one or both of the previous ones.

The showpiece of any new Overwatch seasonal event are the new skins. Most of these annual events let you catch up on old skins you may have missed, as well as a host of new skins. Since last year’s Winter Wonderland, Overwatch has added Brigitte, Wrecking Ball, and Ashe. Those three are particularly likely to get some fashionable new holiday duds, along with filling out holiday looks for the rest of the roster.

Alongside Ashe, Blizzard introduced a big under-the-hood overhaul for Overwatch. Its central mechanic for obtaining new cosmetics is under scrutiny now, though, as both the US and Australian governments are considering investigations into loot boxes.