Season 6 of Fortnite is coming to an end this week, and that means Season 7 of the hit battle royale game is just around the corner. As it has done in the lead up to previous seasons, developer Epic has now shared the first teaser image for Season 7 on Twitter, confirming that the season will kick off later this week, apparently with a snow theme.

«A bitter ice spreads… 3 days to Season 7,» the official Fortnite Twitter account tweeted. That means that the new season is set to begin this Thursday, December 6-the same day that Season 6 formally ends. That’s a much shorter gap between seasons than usual; typically, there would be at least a day or two between when one season ended and the next one began, as was the case with Season 6. 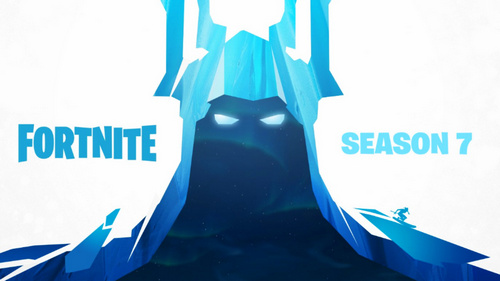 The tweet also seems to confirm that Season 7 will have some sort of winter theme, as players had speculated. The accompanying teaser image further reinforces this, as it features a mysterious icy silhouette of what will presumably be one of the new skins coming to the game. If that wasn’t enough, the right side of the image also features a character skiing or snowboarding down a slope.

Players first began speculating that Season 7 would be winter themed when they noticed distant clouds appear in the ocean surrounding the island. Since then, there have been other subtle indications that the temperature on the island is dropping, and players have discovered that the aforementioned clouds are actually shrouding an iceberg that is slowly approaching.

What all this means for Season 7 remains to be seen, but we won’t have to wait too long to find out. In the meantime, you still have a few more days to complete any remaining Season 6 challenges and unlock the last Season 6 Battle Pass rewards. If you need a helping hand, you can find tips for the trickier missions in our complete Season 6 challenges guide.

Venom 2 Brings Back Original Writer And Cast, But No Word On Director Yet