Over the next few days, we will reveal what we believe are the 10 best games of 2018, organized by release date. Then on December 19, we will reveal which of the nominees gets to take home the coveted title of GameSpot’s Game of the Year. So be sure to come back then for the big announcement, and in the meantime, follow along with all of our other end-of-the-year coverage collected in our Best of 2018 hub.

Best known for 2013’s Papers, Please, developer Lucas Pope has a knack for crafting memorable and evocative games that engage your deductive reasoning. His latest game, Return of the Obra Dinn, once again puts you in an administrative role-you’re an insurance adjuster for the East India Company in the early 19th century-and tasks you with identifying who or what a person is based on limited information. In this case, you have to discover the fates of all 60 crew members and passengers aboard the Obra Dinn, which was lost at sea only to drift back to harbor several years later with no one on board alive. 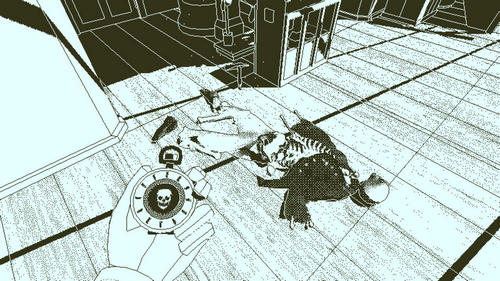 Armed with a magical pocket watch that allows you to see and explore each victim’s final moment and a mostly empty notebook to fill in-as well as your own detective skills and possibly a real-life notebook-you go from corpse to corpse gleaning what you can from short snippets of voiced-but-not-animated scenes frozen in time. Your notebook includes a passenger manifest with names, jobs, and countries of origin as well as an artist’s rendition of life on the ship, and differentiating between one seaman and another is no small feat. Return of the Obra Dinn does not hold your hand, and you have to pay very close attention to keep track of who’s who, how they died, and, if they were murdered, who did it.

At first, you won’t be able to make sense of much. You might see one man shoot another in a scene but not know either of their names, or you might be unsure whether an attack counts as being «knifed» or being «killed (sword).» But as you uncover more and more memories and explore the ship within each, the pieces will begin to fall into place. There’s an incredible amount of detail packed into Obra Dinn’s mostly still, hauntingly beautiful world, and the smallest of those details-like who is standing next to whom in a memory-give you insight into relationships and roles aboard the fated ship.

An omniscient, voiceless narrator confirms your conclusions in groups of threes, and as you enter the third fate into your notebook, the screen goes dark, the music changes, and text appears: «Well done.» This same narrator warns you from the start that some fates will be clearer than others, and some will require you to more or less guess. But sometimes all you need is one piece of information to start a domino effect of deductions-process of elimination and educated guesses go a long way if you know you have two fates correct-and it’s those «aha» moments that make Return of the Obra Dinn so compelling.
As you deduce more and more fates, your investment in the small details gives way to investment in the broader story of the Obra Dinn. Someone’s accent might give you a clue as to who they are, but hearing them speak or, in some cases, die, makes them more of a person than a puzzle piece. Understanding relationships helps you determine who’s a high-ranking crew member and who’s a steward, but seeing those relationships play out over dozens of memories gives life to those nonmoving, disparate scenes. Eerie music and sound design are the final flourishes that bring everything together, and by the end, you’ll find that even the right answers don’t tell the full story. 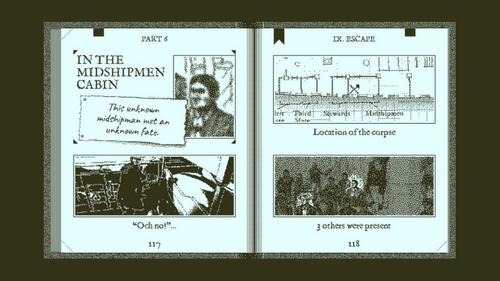 As you’re told at the beginning of the game, sometimes you won’t have all the information you need to confidently draw conclusions-you will, at points, have to guess. Return of the Obra Dinn is brilliant not just because its puzzles are satisfying to solve but because it challenges you to make assumptions rather than flawless deductions, and then it challenges your assumptions in turn.