Niantic has officially begun the process of rolling out Pokemon GO‘s PvP, known as Trainer Battles. As part of their plan, the company began rolling the system out to level 40 players first, giving them time to assure the new mode works well. 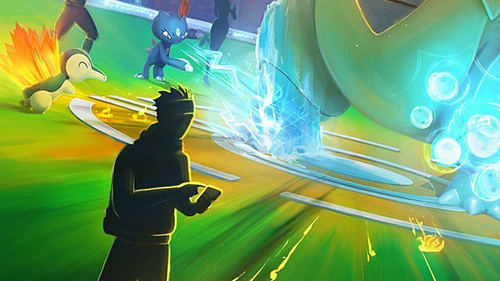 As it turns out, it seems this was probably a good move. As Eurogamer reports, the current iteration of Trainer Battles has some problems – particularly for player who are trying to challenge other players via their friend lists or using QR codes.

Players are discovering a variety of issues such as not having attack buttons in combat, or combat simply not taking place at all. In some cases players throw out their Pokeballs only to stand in place for the rest of the battle, waiting for it to time out. Other issues include trainers starting battle out of sync, attacks not registering, and battle freezes.

The good news here is that – as mentioned above – Niantic is more-or-less running a testing phase on the content with the roll-out system, so hopefully by the time Trainer Battles roll out for everyone these issues will be fixed.

As for what’s contained in the PvP battles, the update adds a second Charge Attack slot all Pokemon in the game. It must be purchased for Stardust after which players can use it in Trainer Battle, gyms and Raids. The addition of this new attack slot  also means a change in the game’s hud, with the buttons being replaced with meters.

Players can battle AI characters, training against three team leaders and earning sweet rewards. They’ll also want to do this in order to earn the Ace Trainer badge.

Eventually, these features will be available to everyone. However, Niantic hasn’t stated when lower level players can expect it. In the meantime, if you’d like to keep up with the changes Niantic will be making to the new system, you can follow the Pokemon GO action here on GameSkinny.