Fresh off being named PC Game of the Year at 2018’s Golden Joystick awards, Subnautica, a survival game about actual survival, has finally released on PlayStation 4 and Xbox One. It is available in both physical and digital formats. 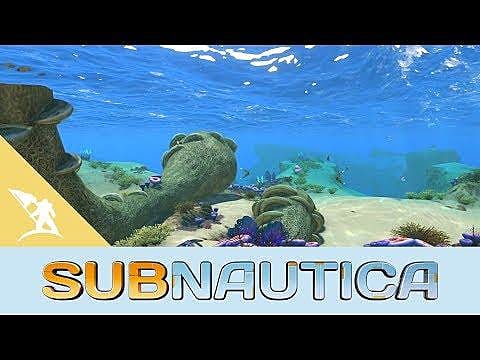 Subnautica‘s console release marks a major milestone in a long journey that began in 2014 when it originally released into Steam Early Access. Since then, the game has gone through a bevy of iterations and received numerous accolades. It currently holds a positive rating on Metacritic, garnering an aggregate 87 from critics and an 8.3 from users.

The wait is over! Subnautica is now available on @Xbox One and @PlayStation 4. Get it now on disc or via digital download: https://t.co/NJlj1DDgh8 pic.twitter.com/0gXotyVMLx

In Subnautica, players are stranded on a water-covered alien planet code named 4546-B. While the ultimate objective is to get off-planet, players will first need to survive 4546-B’s harsh seas full of both peaceful and aggressive flora and fauna. Hunger, thirst, and oxygen play major roles in Subnautica, while building is an essential part of survival.

However, unlike many other survival games on console, Subnautica is all about man vs. nature; there are no NPCs in Subnautica, and the game doesn’t yet feature any multiplayer elements.

Aside from today’s console release, Unknown Worlds, the developer behind Subnautica, is steady at work on the game’s next expansion, Below Zero. Currently, there is no firm date on when this arctic-themed expansion will release, or if it will release on consoles alongside the PC version.

You can follow the game’s ongoing development in real-time over at Unknown Worlds’ development Trello board.