The new Super Smash Bros. game for Nintendo Switch is off to a fast start, at least in Japan. New sales numbers from Famitsu reveal that Super Smash Bros. Ultimate sold 1.24 million copies over its first weekend (December 7-9). 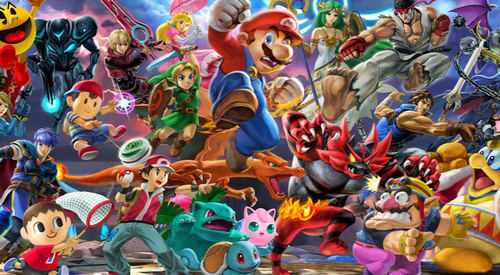 According to the publication (via Gematsu), this represents the highest launch sales in the history of the Smash Bros. franchise in Japan. Not only that, but it’s the best opening for any Switch game in the island nation, according to the report.

The Famitsu report also states that, as expected, the launch of Smash Bros. Ultimate helped drive console sales. Nintendo sold 278,313 Switch units during the week, which is more than 2.5x more than the 107,450 that Nintendo sold in Japan the week prior.

Sales numbers for Smash Bros. Ultimate in other parts of the world have not been disclosed as of yet, but keep checking back with GameSpot for more.

In other Smash news, the next Ultimate update is coming next week. The full list of patch notes haven’t been released yet, but what we do know already is that it will kill any in-game replays that have been saved.

Despite the already vast fighter roster, Ultimate is getting plenty of post-launch character expansions-including Piranha Plant and Persona 5’s Joker. We have our own list of characters we want to see.

In our Super Smash Bros. Ultimate review-in-progress, Edmond Tran gave the game a 9/10, writing, «Situational downers don’t stop Super Smash Bros. Ultimate from shining as a flexible multiplayer game that can be as freewheeling or as firm as you want it to be. Its entertaining single-player content helps keep the game rich with interesting things to do, as well as bolstering its spirit of loving homage to the games that have graced Nintendo consoles. Ultimate’s diverse content is compelling, its strong mechanics are refined, and the encompassing collection is simply superb.»