For as much as superhero movies have taken over the box office over the past decade, it’s surprising how few major video games are based on comic books these days. Switch owners have one to look forward to, because Marvel Ultimate Alliance 3: The Black Order has been announced as a Nintendo Switch exclusive. It’s set to launch sometime in 2019, but you can pre-order a copy now.

Developed by Team Ninja, this follow-up to 2009’s Marvel Ultimate Alliance 2 will be an action-RPG starring many of the superheroes we’ve seen on the big screen in recent years. We know it will include the Avengers, X-Men, Guardians of the Galaxy, and an assortment of familiar villains like Thanos, the Black Order, Kingpin, Sandman, and Green Goblin. The game description also states it will feature an original story, along with local and online multiplayer for up to four players.

If you’re ready to secure your copy of Marvel Ultimate Alliance 3 for yourself, read on to find out where it’s currently available and how much it costs. 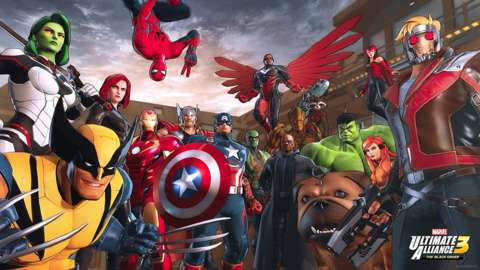 No pre-order bonuses have been announced yet for Marvel Ultimate Alliance 3, but we’ll update this section if that changes.

So far, no special editions of Marvel Ultimate Alliance 3 have been announced. If that changes, we’ll add additional editions below.

Fortnite: How to Complete All the Season 7, Week 2 Challenges