Yet another video game industry group has come out to say government control of loot box regulations is a bad idea. International Game Developers Association (IGDA) CEO Jen MacLean released a statement this week where she called on developers and publishers to take this issue seriously to avoid a scenario where politicians get involved and put forth legislative action that could impact games with loot box mechanics. 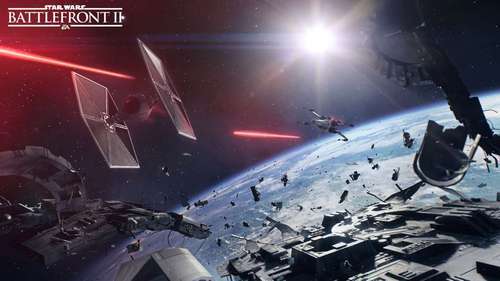 «By not taking significant action as an industry and global game developer community to self-regulate how loot boxes are used, we run the very real risk that governments around the world will take that action for us, and perhaps create significantly restrictive laws that could impact any random reward elements in games,» she said. «I offer my strongest advice to game developers and interactive entertainment businesses on this matter: addressing how loot boxes are used is both the right thing, and the smart thing, for the global game development industry to do.»

MacLean’s statement comes in response to the news this week that the US Federal Trade Commission may launch an investigation into loot boxes. Australia’s government has also called for a «comprehensive review» of loot boxes to determine what might be done. The IGDA backs up what the Entertainment Software Association has already said: the industry should self-regulate when it comes to loot boxes. Politicians, meanwhile, will argue that laws are necessary to ensure that something is being done to protect young people from falling into dangerous gambling habits. Self-regulation may be a good idea in theory, but actual laws or regulations would put more pressure on developers and publishers.

In her statement, MacLean-a former executive at Curt Schilling’s controversial defunct Rhode Island developer 38 Studios-said loot boxes with real-money mechanics «run the risk of triggering gambling laws.»
As an industry, MacLean said she advises the following three steps be taken immediately to avoid a situation where the government gets involved:

A politician from Hawaii, Democrat Chris Lee, is trying to make a law that would limit the sale of video games with «gambling-like mechanisms» to people under 21. Lee told GameSpot that he was aware of ESA lobbyists being flown to to Hawaii to try to stop the conversation about loot boxes from happening.

«We have to try and stand up for what is right,» Lee said earlier this year. «I think it is inevitable that, whether it was spurred by Battlefront or some of the recent big-title games just being so ridiculously exploitative of the player base, there is enough of generational transition in politics and positions of authority around the country and the world, that you have people who understand what the industry is doing and are willing to stand up and take action and do something about it. Inevitably, the industry will have to change.

«Because more and more jurisdictions are going to start protecting their citizens from the kinds of exploitive and predatory practices that the industry has been employing lately. Inevitably, that means a better industry for everybody and better games for everybody.»

Conversation around loot boxes heated up at the end of 2017 in the wake of EA’s Star Wars: Battlefront II. For a brief period of time, before the game’s official release, the title was set to allow players to spend real money on loot boxes that could potentially include items that impact gameplay. Some said this made Battlefront II effectively a slot machine where players could pay for the chance to get something they wanted. EA removed loot boxes from Battlefront II on the eve of the game’s public release, though it appears the controversy negatively impacted the game’s sales. Battlefront II re-introduced microtransactions in 2018, but only for cosmetics. EA’s newest shooter game, Battlefield V, features no loot boxes at all, while microtransactions aren’t turned on yet. Other games, such as Overwatch, continue to use loot boxes as an extra method of monetisation.