During CES 2019, HTC announced Viveport Infinity. Infinity is the first subscription model for Viveport that allows you to have unlimited access to the service’s catalog of games.

The current Viveport subscription models are for a three-month, six-month, and 12-month plan which each allow you to play a total of 15, 30, and 60 games respectively. For each plan, you’re allowed to play five new games every month. These plans essentially create a figurative time limit to completing titles, but they also offer a way to play through a collection of Vive and Oculus VR games for a fraction of the full retail price.

HTC has not yet announced a price point for Viveport Infinity, although it may be more than the current USD 12-month subscription plan-which costs $80 USD in total. Infinity is scheduled to release on Vive Day, April 5.

Viveport offers dozens of games. Some are VR versions of older games, such as Fruit Ninja VR, but there are plenty of original titles as well, like Transpose, Zomday, and Vestige. New titles are added on a fairly regular basis, and games can be individually purchased as well-allowing you to keep them forever.

During CES, HTC also announced Vive Pro Eye, which is a business-focused headset that tracks your eyes, allowing you to control your system without the need for a controller. HTC also introduced Vive Reality, which is a virtual space for people to interact in, as well as watch videos, play games, and create experiences together. The company also announced Vive Cosmos, another new headset, that’s capable of playing VR on the go. 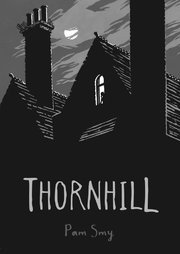